This was the most entertaining part of the day.  The tortoises used the part of the shell under the head (gular prjection) to try to flip each other and to line up vertically, perhaps to compare size.  The smaller tortoise was flipped early on in the fight, but held his ground for quite some time.  In the end, I could tell the instant he gave up, after which he kicked some dirt in the winner's eyes and ran as fast as he could back to his own burrow.  It was one of the funniest nature moments I have seen. 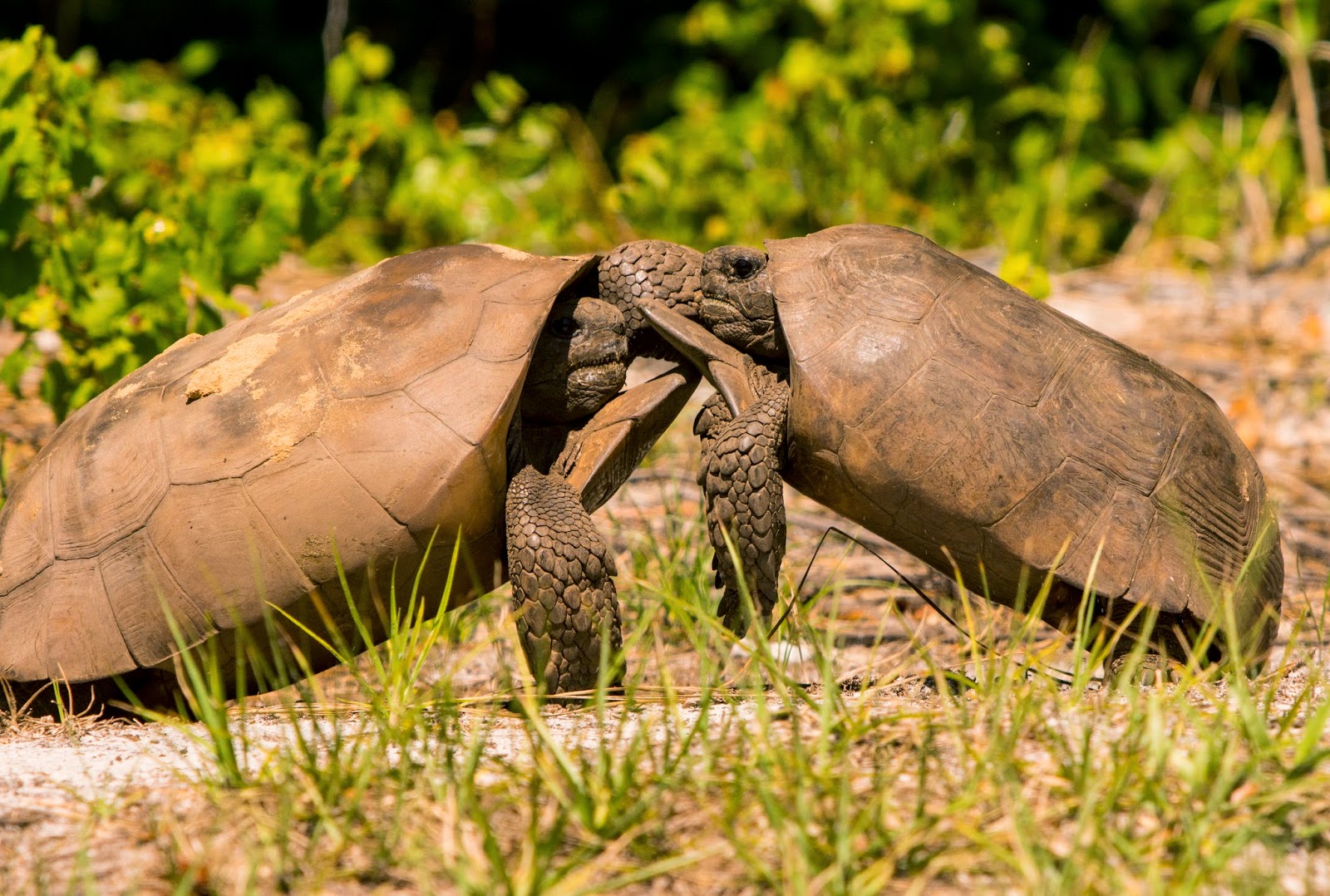 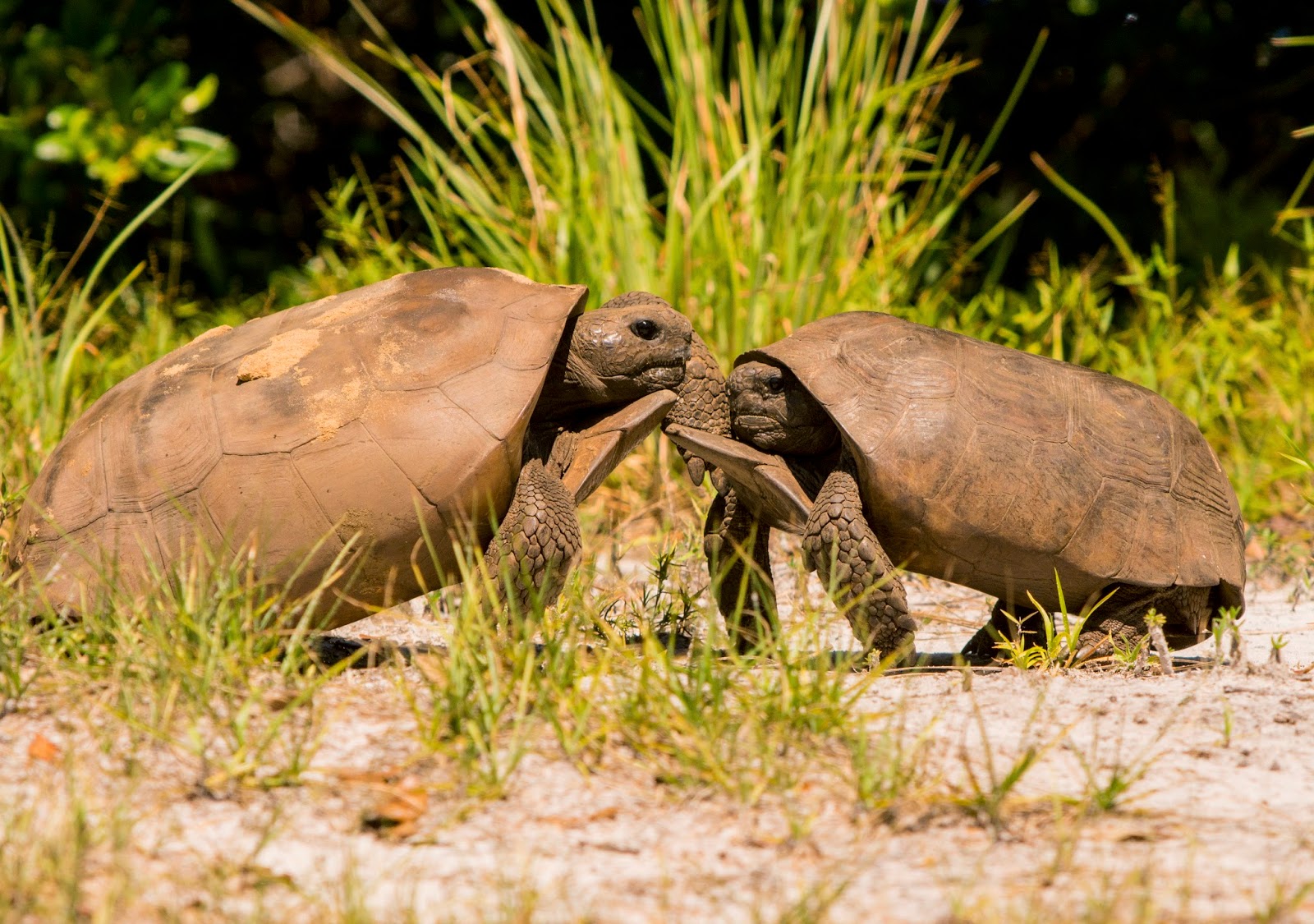 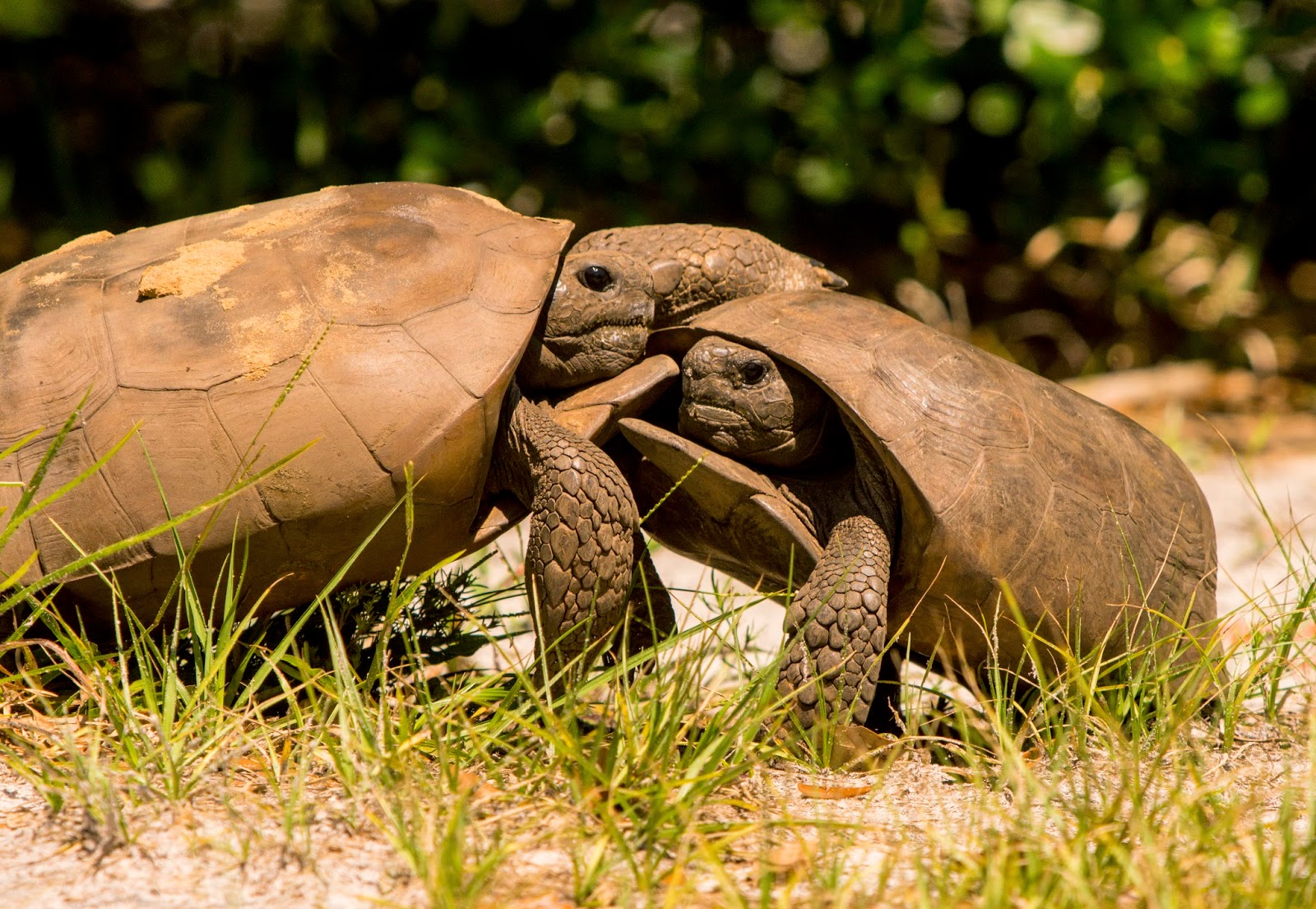 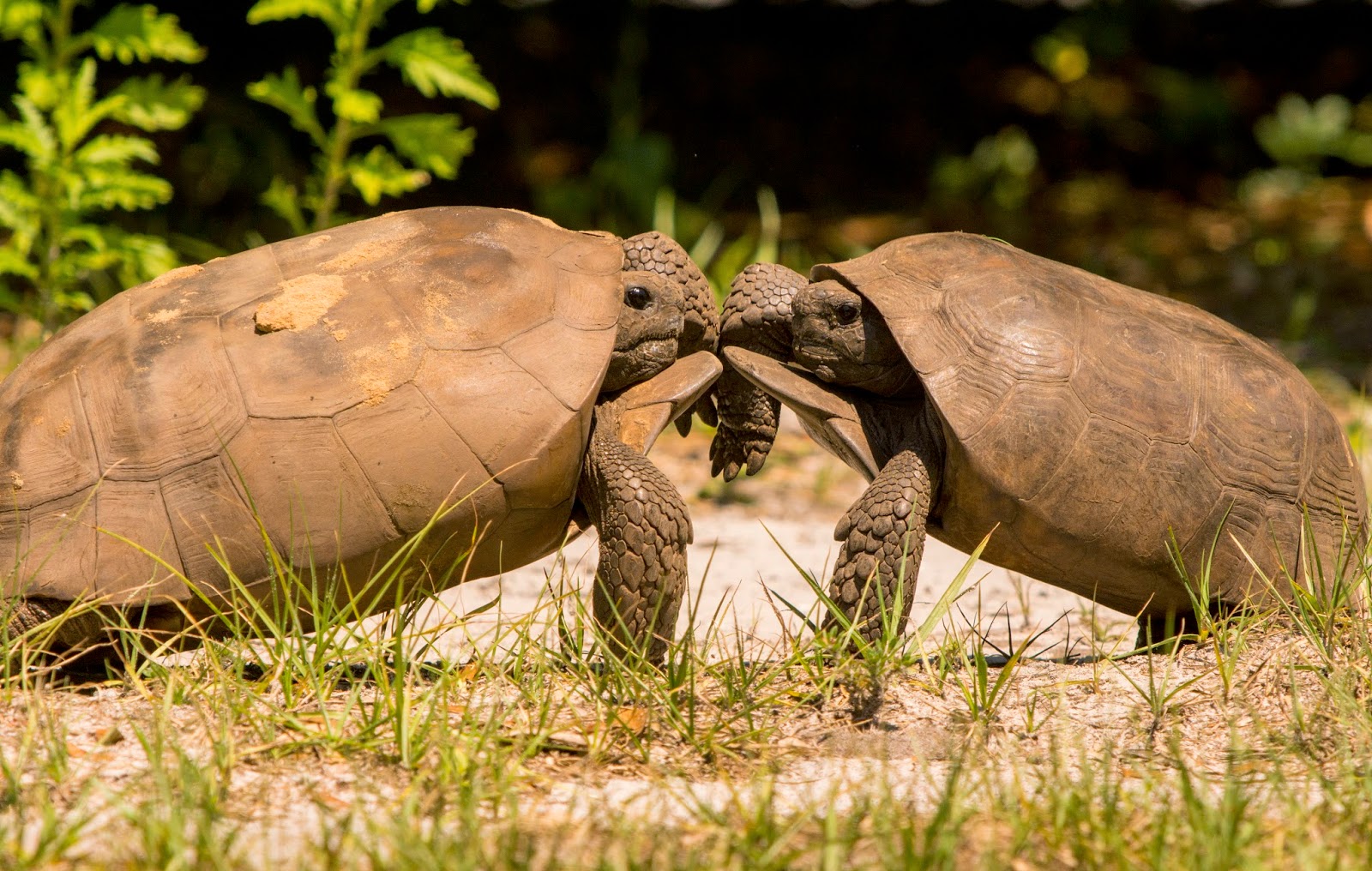 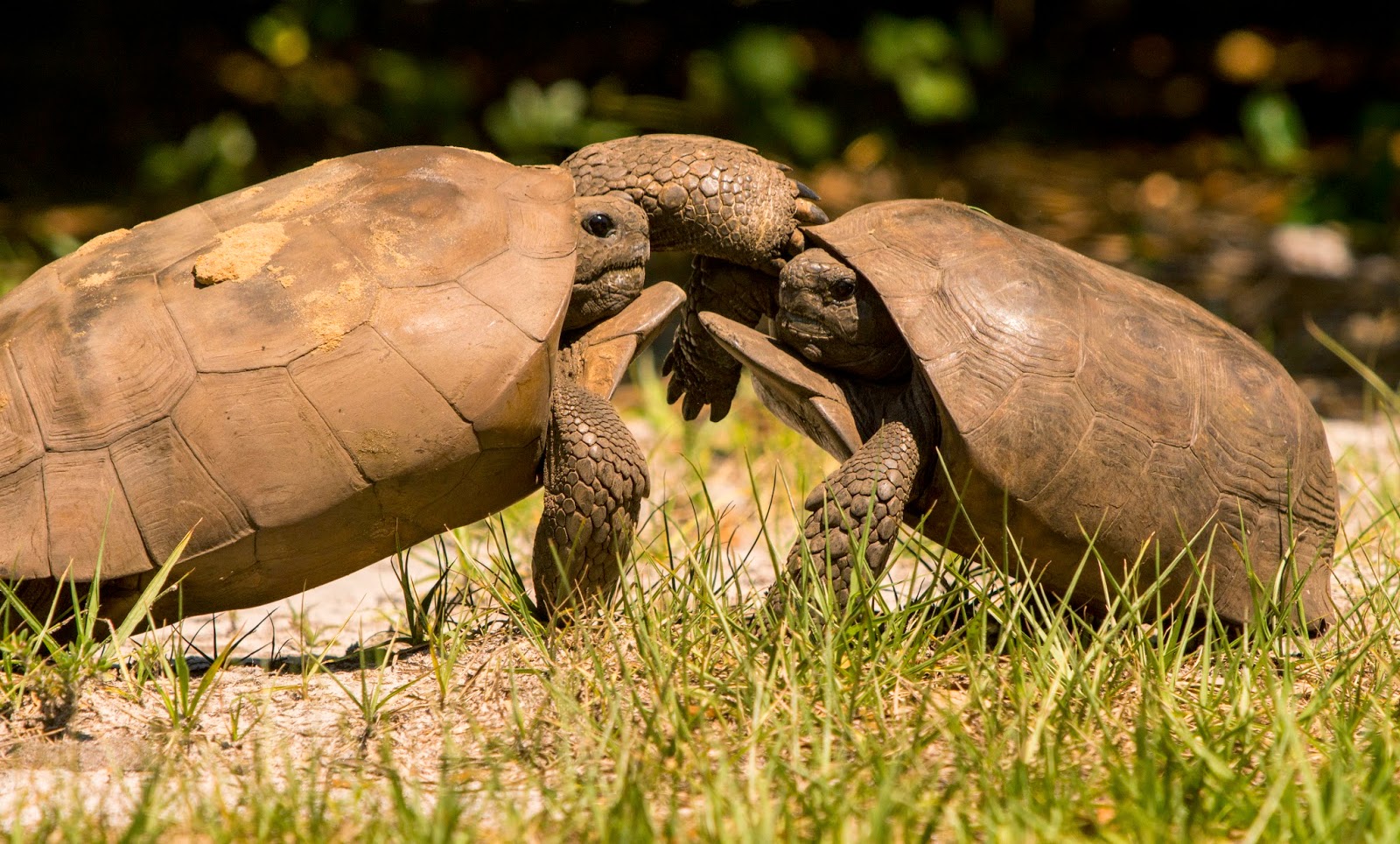 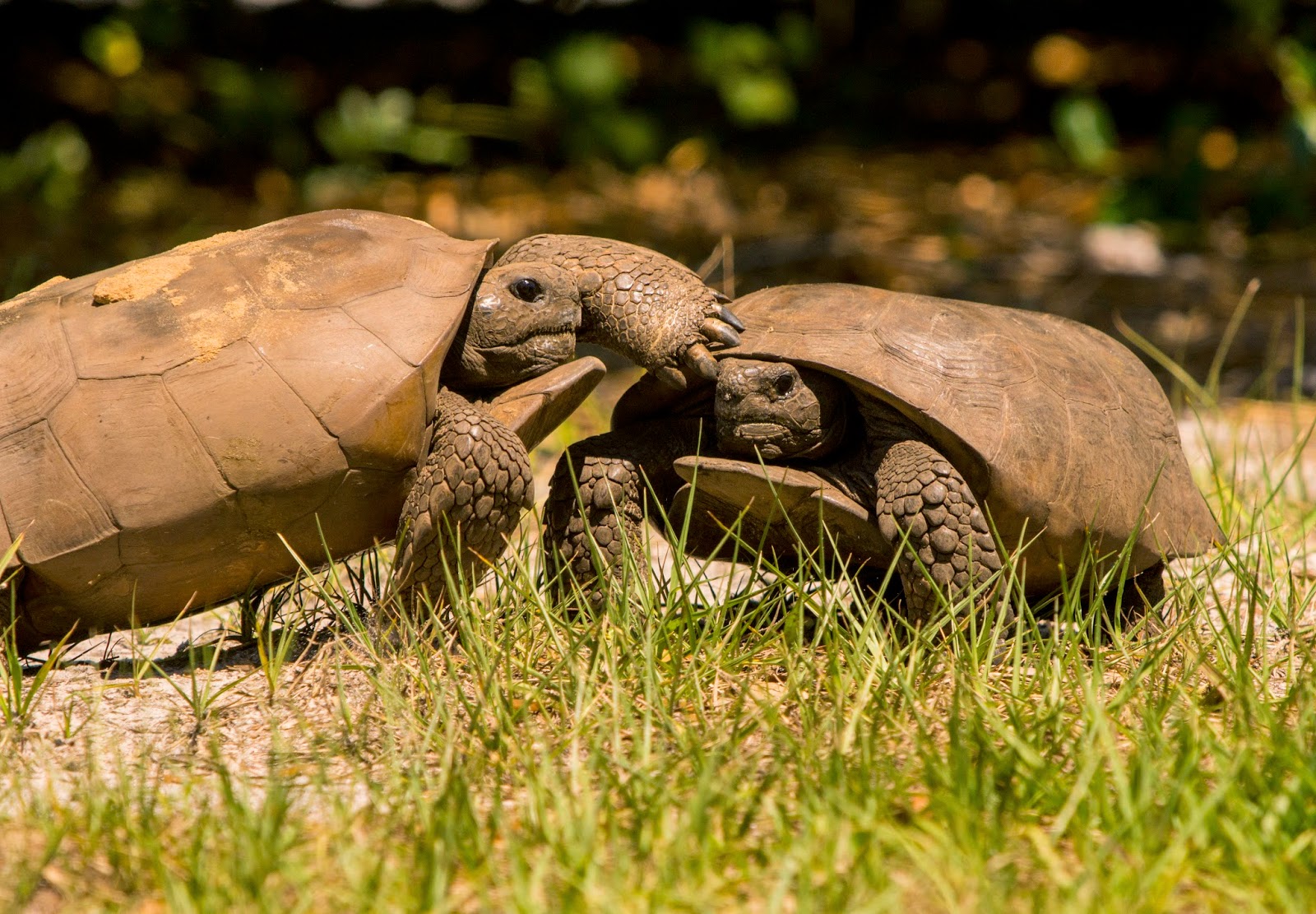 Posted by Breanna Perry at 3:41 PM