Back at Kissimmee Prairie only three days after my first visit.  Got there early (after a three hour drive) and did the 5-mile hike out to the white-tailed kite nesting area once again.  This time was surprised by the kites not only sitting in the exact same tree as my accidental photograph from three days ago, but also flying over my head as well!  Also cool to see the adults teaching the babies how to hunt and eat while flying. 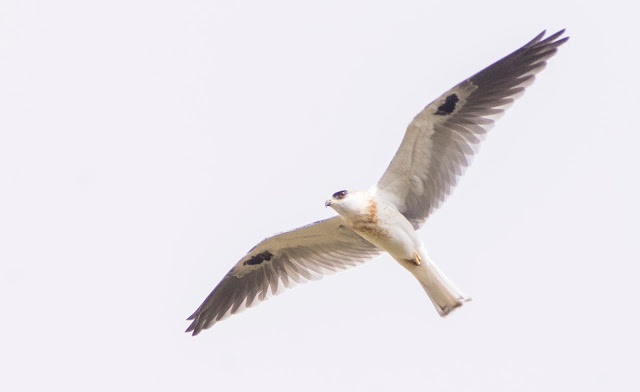 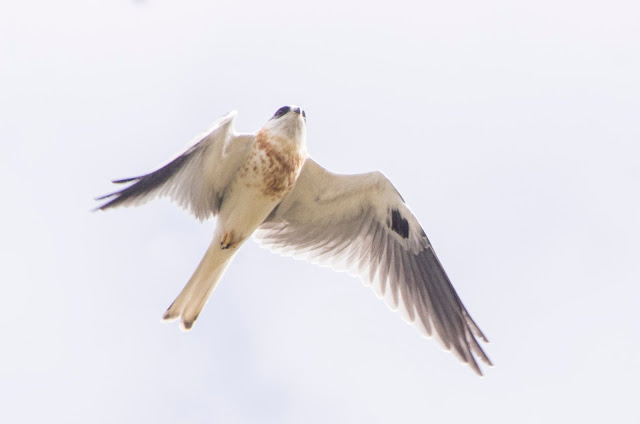 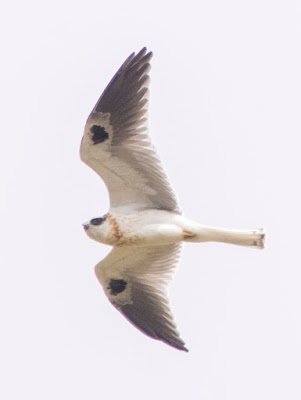 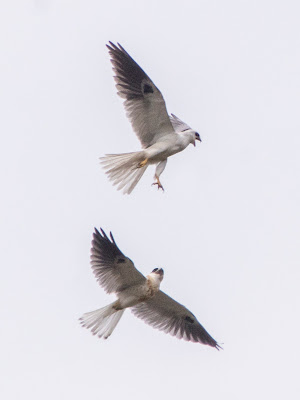 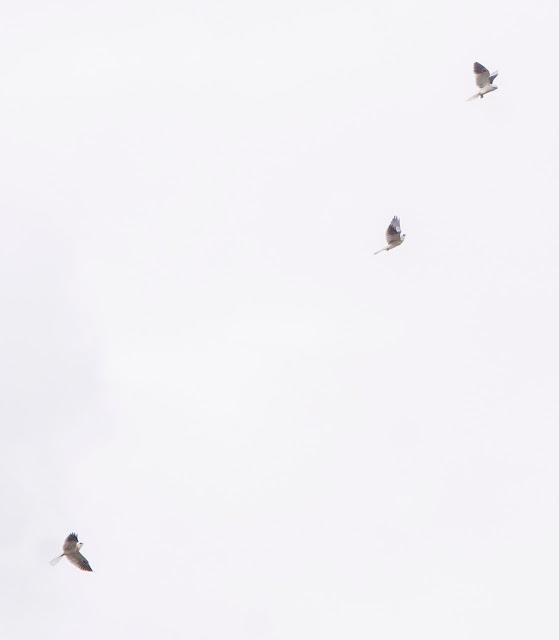 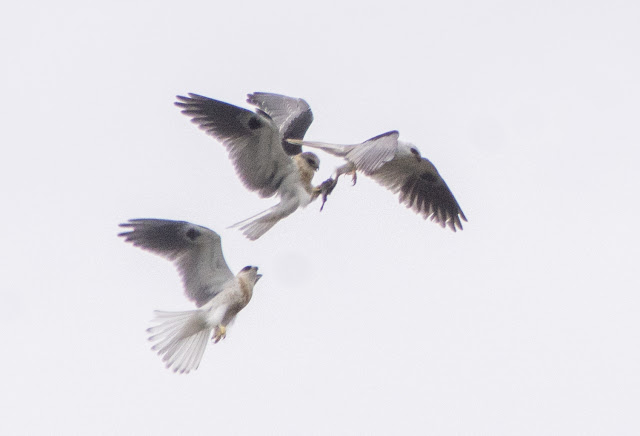 Posted by Breanna Perry at 7:56 PM No comments:

Almost at Kissimmee Prairie there was this Crested CaraCara sitting on top of a power pole.  He didn't seem to be bothered by us stopping to take photos either. 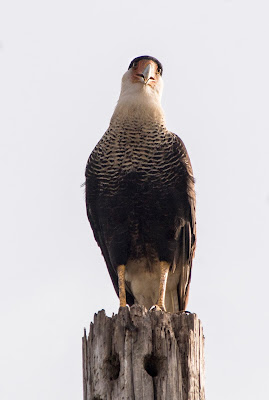 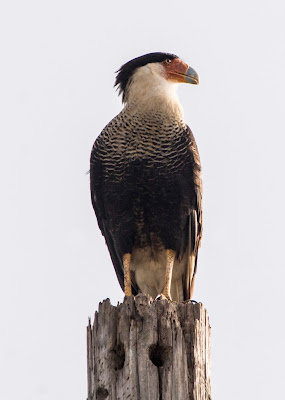 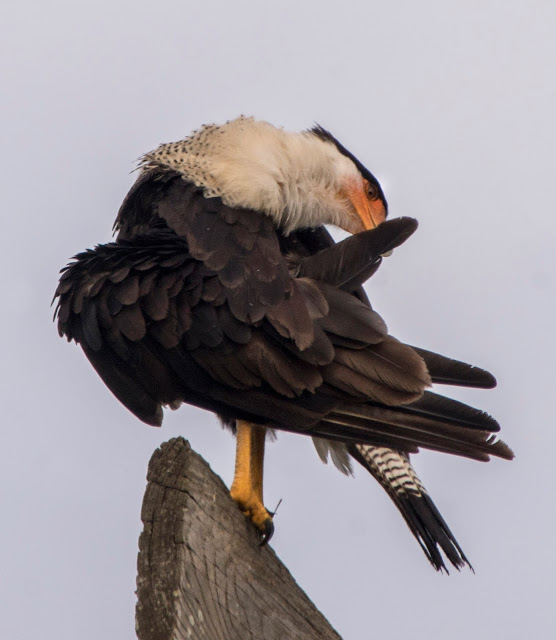 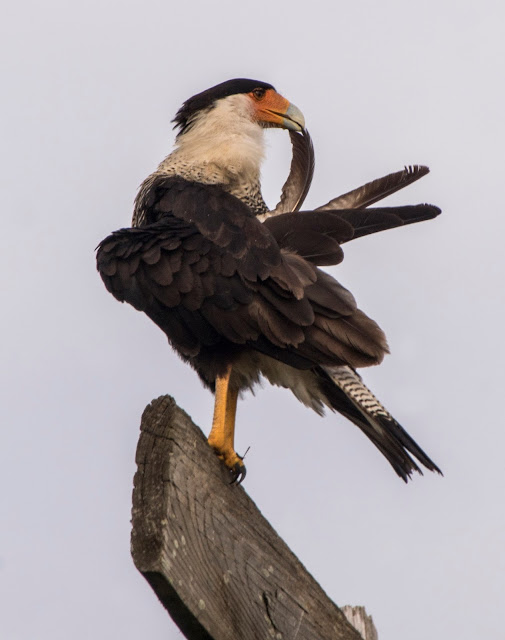 Posted by Breanna Perry at 7:56 PM No comments:

Final stop of the day, and frst time visiting this park to look for the rare white-tailed kites that have been reported.  Getting there so late in the afternoon with a 5-mile hike round trip to get there and no exact location in mind, I am not surprised we didn't see them...until I got back and looked at my photos and saw one in a distant tree!  Now I will need to come back ASAP to look in that tree again!

We did see nesting swallow-tailed kites, which was almost as good, and very rare to me to see.  One parent did however try to attack me as I was photographing the nest, so that was when it was time to move on.  That is the second time now I have been attacked by a nesting bird.  The first time was a black skimmer at Redington beach. 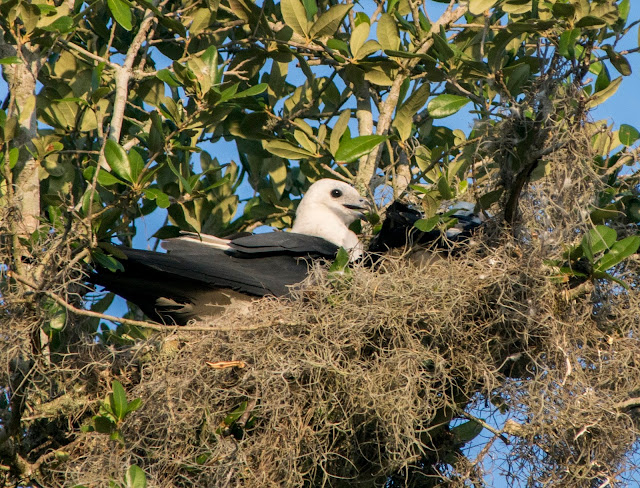 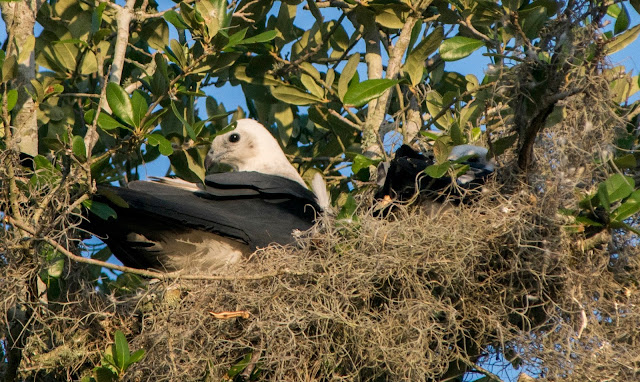 Eventually we were chased out of the park by the ranger because they had already closed by the time we got back from the very long trail.  However, it really was the perfect time to be there.  On the way out, the car was surrounded by several dozen 50 nighthawks, dozens of bobwhites running everywhere in front of the car, several deer in the road, and probably a lot more I could have seen if we had been able to go slower and look.  It was amazing!  Probably how many areas of Florida used to be before all the people moved in.

Great visit and hoping to get back very soon... like next week! 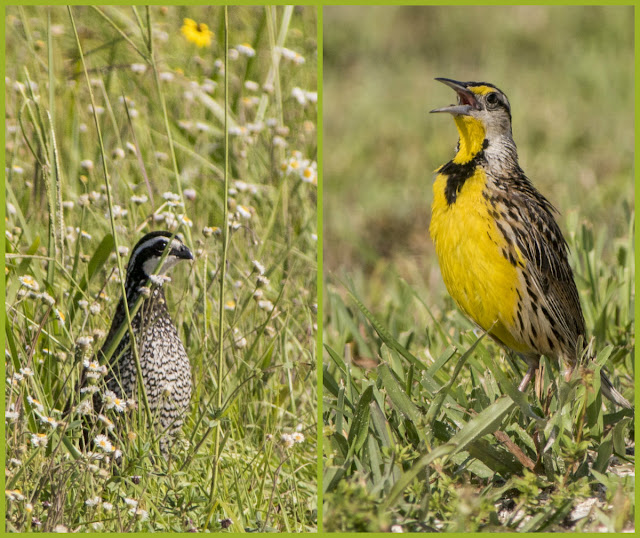 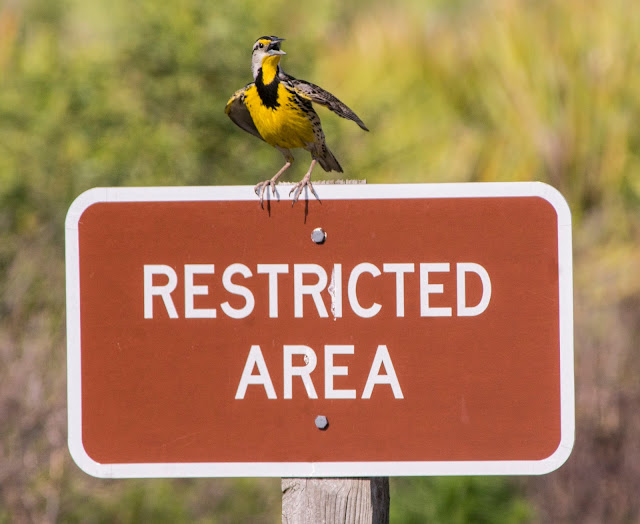 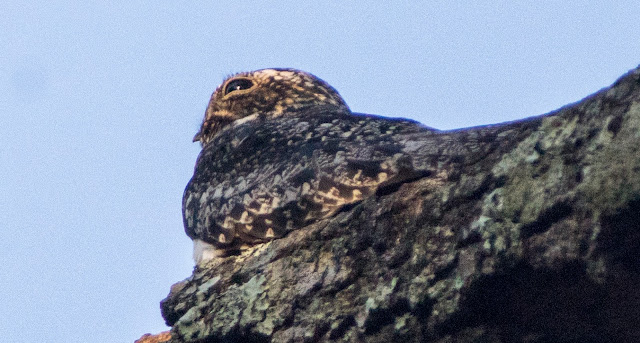 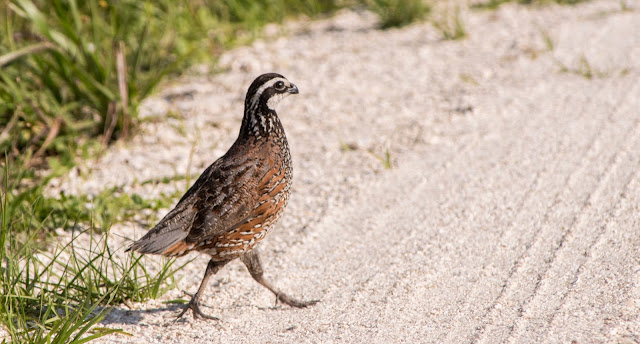 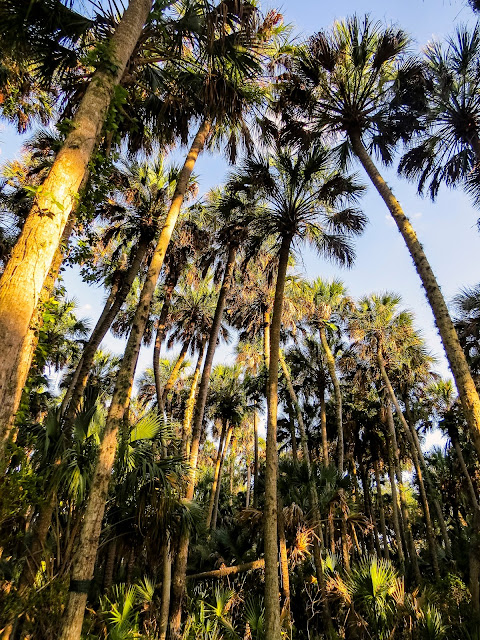 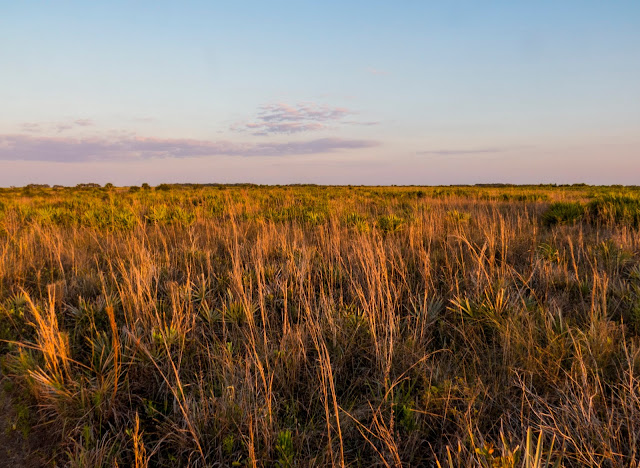 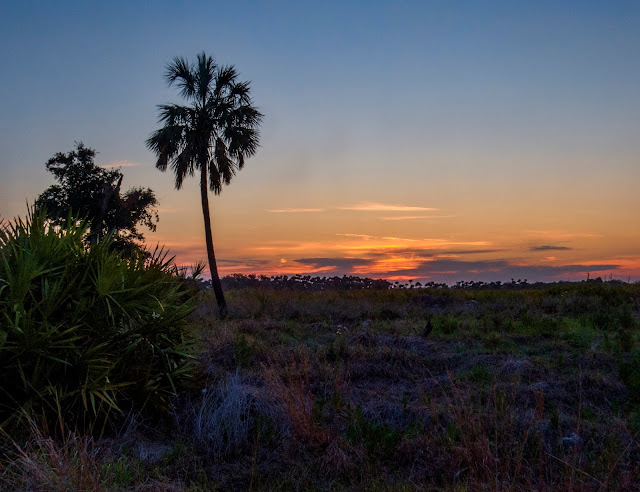 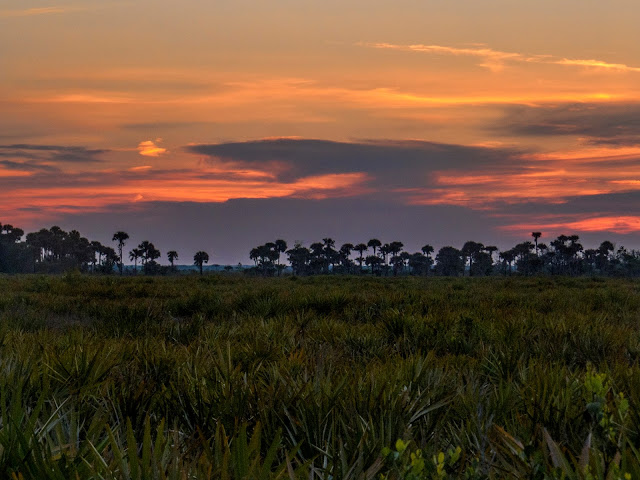 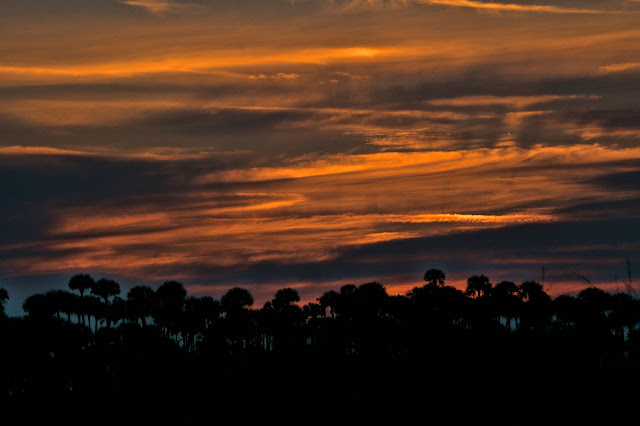 Posted by Breanna Perry at 7:37 PM No comments:

Second stop of the day was literally under a bridge with alligators and air boats going by.  At this stop, I did find the target bird, a cliff swallow, mixed in with dozens of barn swallows.  Definitely one of the most difficult birds I have ever tried to photograph!  This was another life bird for me too! 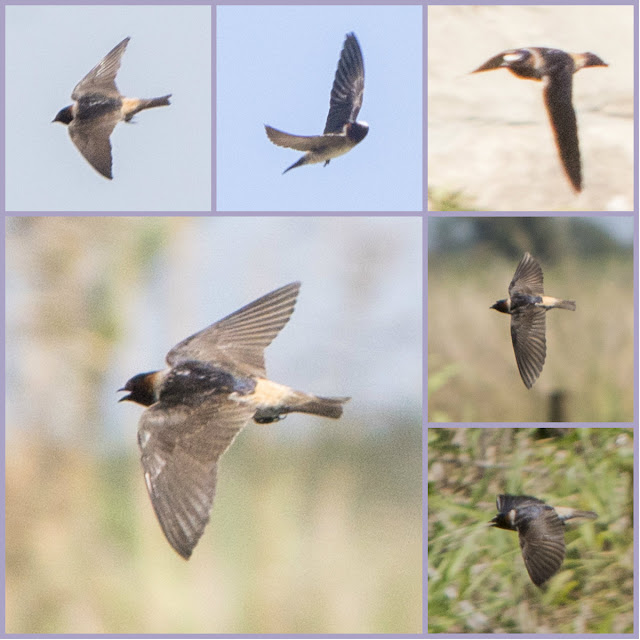 Posted by Breanna Perry at 6:55 PM No comments:

First place of three visited during the day.  Was looking for a cave swallow, but wasn't able to find it.  Made a quick drive through the park and saw my first baby pie-billed grebe.  What a cutie!

Also got photos of many barn swallows and purple martins, as well as a young osprey. 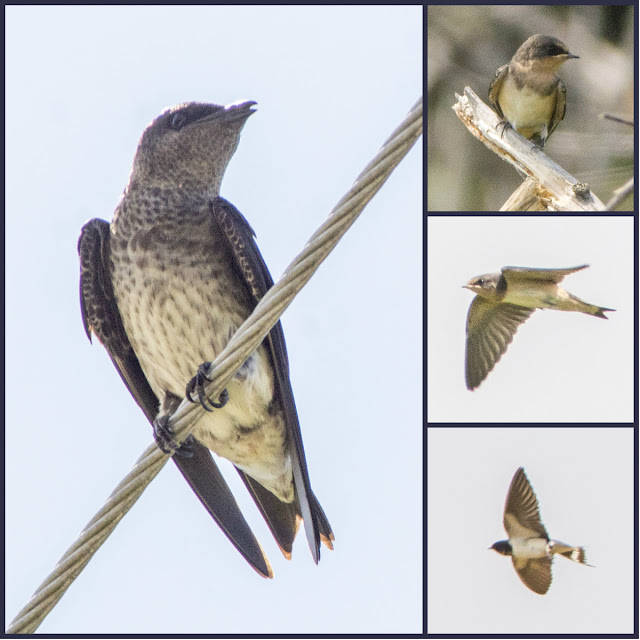 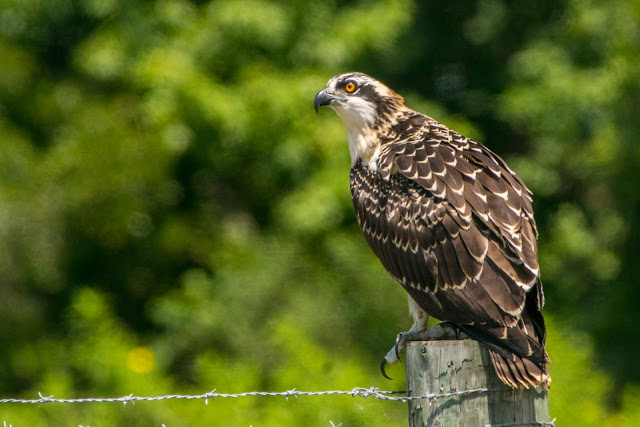 Posted by Breanna Perry at 6:55 PM No comments: