For the last day of June Challenge, I was able to report 28 locations to Ebird (some were very close to each other, and a few places visited twice during the day).  I also ended up with 3 additional species to complete the June Challenge today!

First stop, Bystere Lake: Last year I had luck here, also on 6/30, with the Egyptian Geese sighting.  This year, it was a pair of belted kingfishers (very early).  I also enjoyed watching about 50 sandhill cranes take off from the other side of the lake and fly over my head. 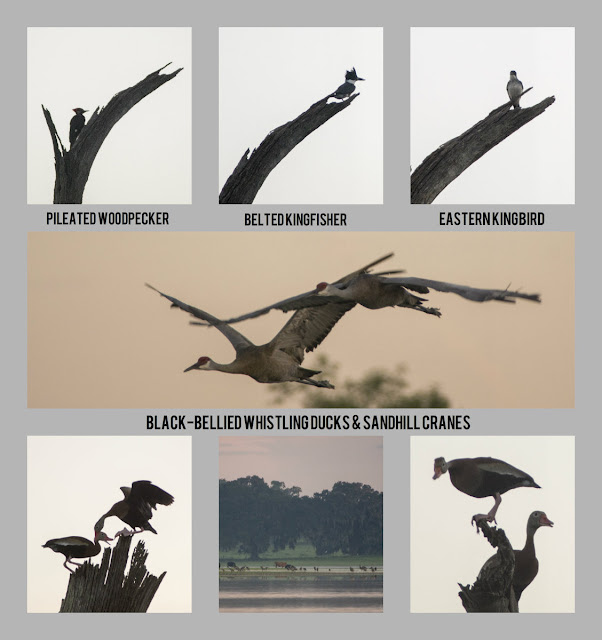 After checking out the Withlacoochee Richloam Tract (separate post for this one), the next stop was the Silver Lake Recreation area to look for some pigeons.  I found them!  I had never been so excited to see a pigeon.  One more bird to add to the list. 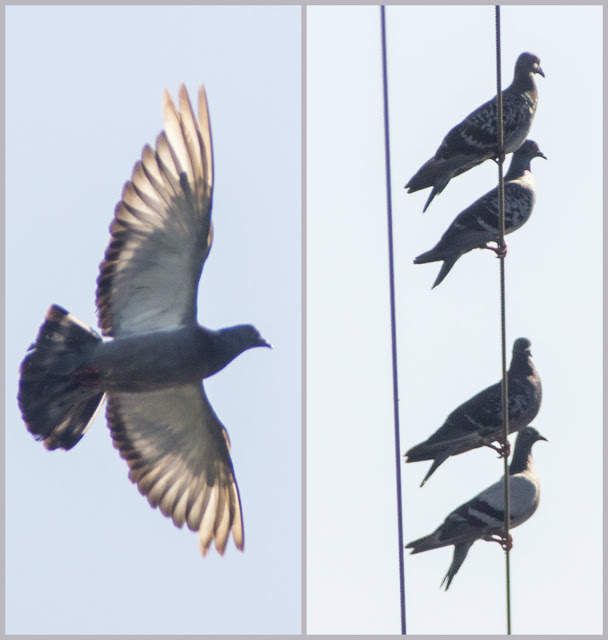 The next stop was Croom, where I saw about 5 woodpeckers all together making very strange noises.  I was hoping it was a family of RCWs (Red Cockaded Woodpecker), but at least the one I was able to photograph, was a Hairy Woodpecker.  Now, I thought I had seen hairy woodpeckers twice in my life before today, but this one was different, so perhaps in the past they were just downys at an interesting angle.  So, this was both a life bird, and one more for the June Challenge. 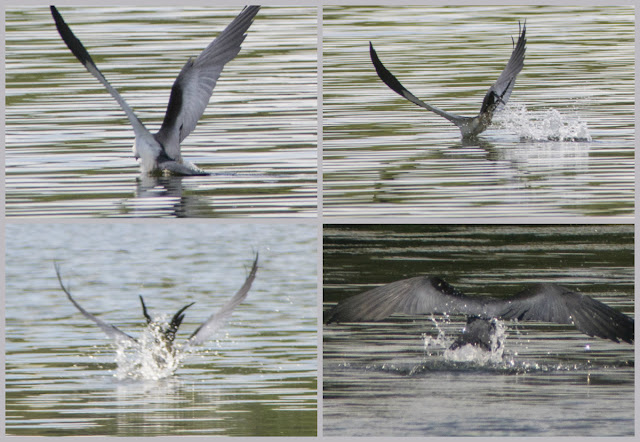 Also got a few good shots of him soaring... 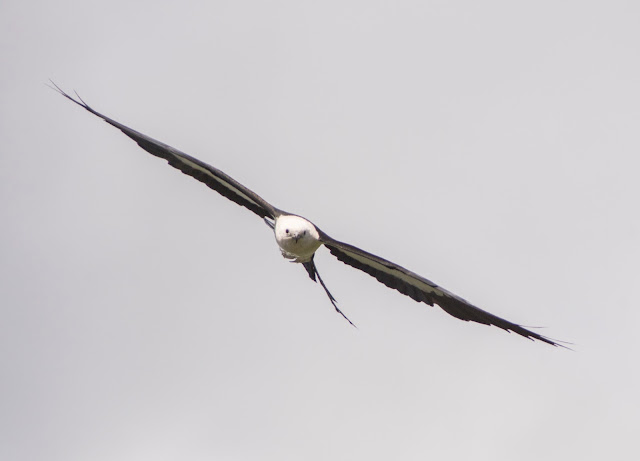 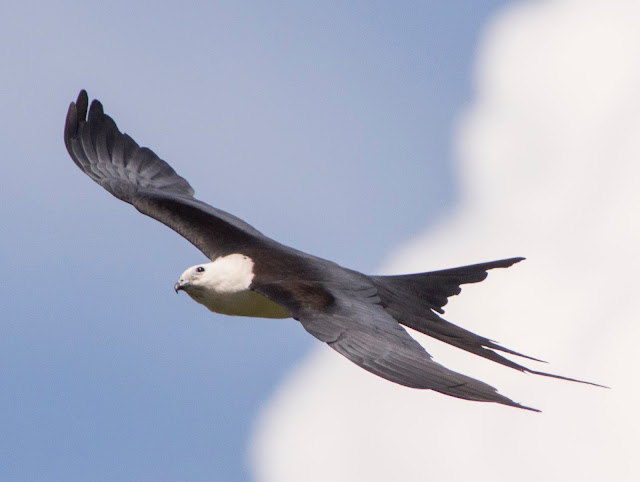 In the Hernando Beach neighborhoods the best photo was of this barn swallow on a wire... 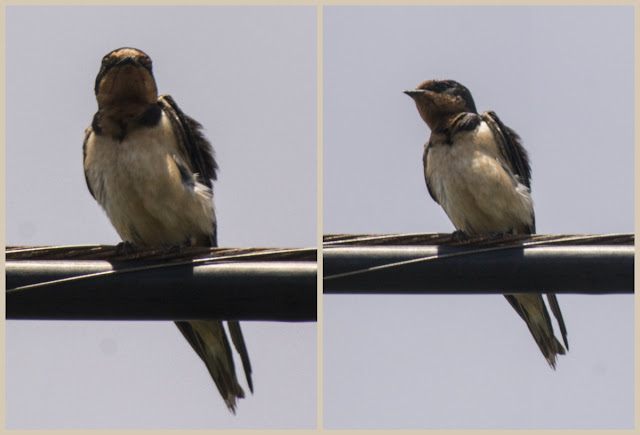 Next, went to Linda Pederson, Jenkins Creek, Bayport, and Pine Island along the beach areas, but nothing of note.  Once it is afternoon the birding slows down significantly.  So, I went back inland to a few lakes: Spring Lake, Neff Lake, and Mountain Lake, all north of Dade City.  The most interesting sighting of the three lakes were these two fighting black-bellied whistling ducks in a group of about 25.

After that, at Lockhart/Powerline Roads, just found the two adults of kingbird family.  I know it was about time for the baby to leave.  A nice way to end the day, and probably the last good birding until Fall.  Also pictured is a Loggerhead Shrike along Kettering Road nearby. 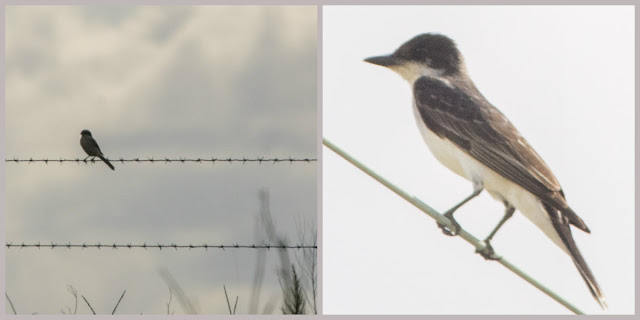 Posted by Breanna Perry at 5:27 PM