Also stopped at Bystere Lake to look before work today.  Good thing I did!  I saw the Egyptian Geese that were reported here yesterday and got some photo evidence.  I can sort of count these for June Challenge.  There are actually two totals reported, one with ABA-countable birds, which these are not in this county, and one with all birds seen while out.  The other thing that is strange is that Ebird does not want to accept these geese as a sighting on that website because they are only countable in south Florida.  I think eventually they will spread and have populations throughout Florida, but for now it is causing a controversy about if they should be able to be reported on Ebird.  Just glad to see them though! 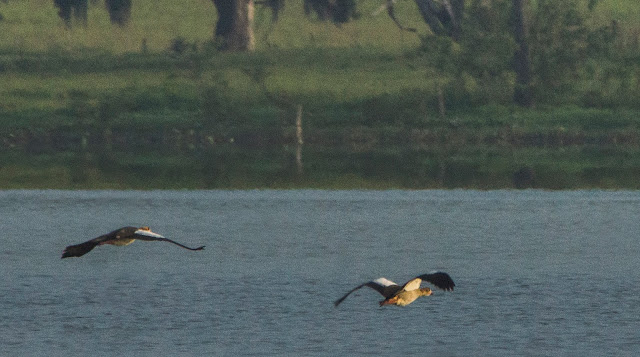 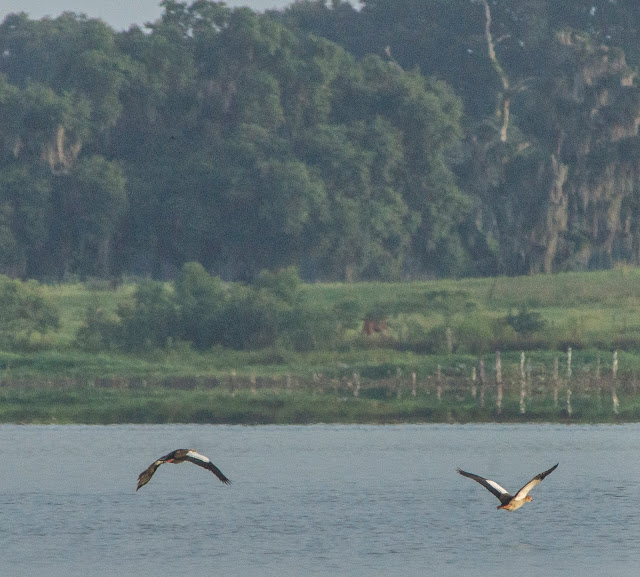 Posted by Breanna Perry at 2:38 PM