Last year, I never expected to see as many as 88 species again in Hernando County during the month of June.  This year, however, I knew many more places to go and started on June 1st.  That first day of June, I got 65 species, and the last day I saw 62 (although only three were added to the list that day).  The same birding couple who won last year (I got second last year too) was way out ahead again this year, but I noticed several others on Ebird were doing just as well as I was, not sure why none of those people submitted their results, but they sure helped me find many of the birds I was looking for by posting on Ebird!

After preparations at the start of the month, I was hoping for a total of 100 birds, and I ended up with 106, and 100 of those photographed!  I saw three life birds for Florida: brown-headed nuthatch, hairy woodpecker, and clapper rail. 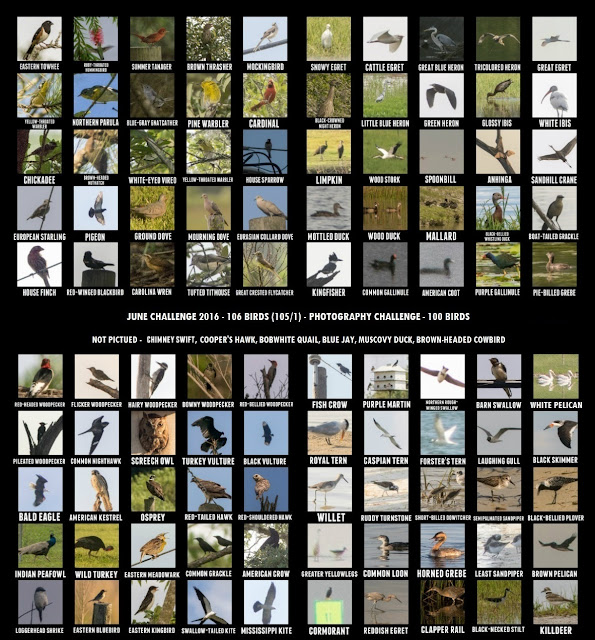 These are some of my favorite moments: 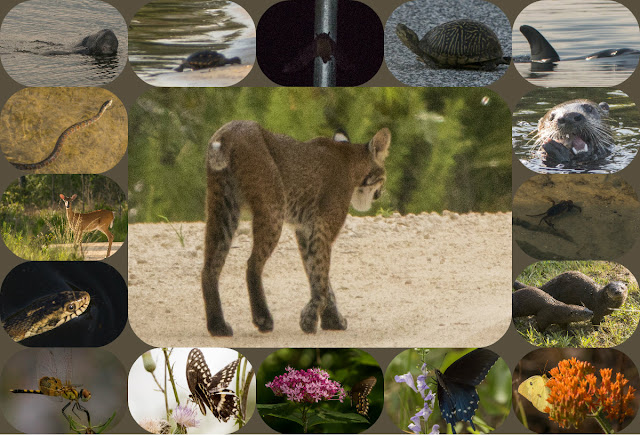 Actually, several of my favorite moments this month were not even bird sightings:
Still think there is a chance to beat this total next year, but it will be very difficult.  Looking forward to it already!
Posted by Breanna Perry at 5:35 PM