Aside from the three hummingbirds found together in Brooksville, I saw one more fly across the road at the water treatment plant.  Perhaps they were blown in by the tropical storm we had here yesterday.  People who were able to get to the coast saw Magnificent Frigatebirds in Hernando county as well as in many other counties, a Pomeraine Jager was found in Pasco, even the day before the storm there was a Fea's Petrel in Miami, a Surf Scoter at Sanibel, and unfortunately a very ill red-footed booby in Pinellas (found on June 8th), the first record from land since 1963, and the third ever reporting in or surrounding Florida. 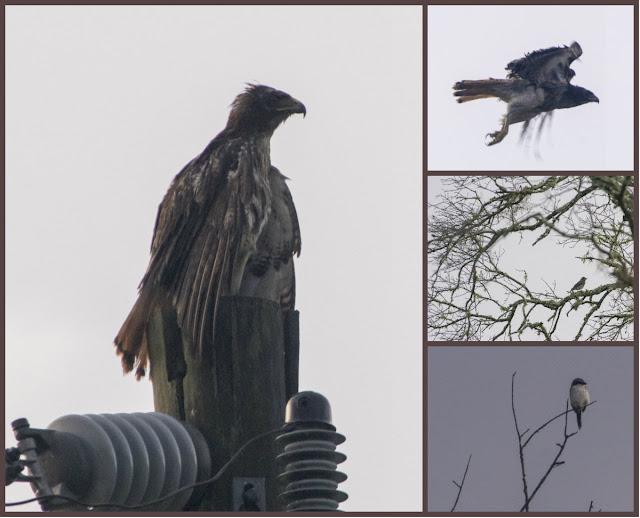 I was going to look for a shrike in a few locations today, but on my way out to look, I saw one on the wires next to the Publix where I found the pigeon last year.  Then I saw a second one at my first stop, Masyrktown along with a drenched red-tailed hawk 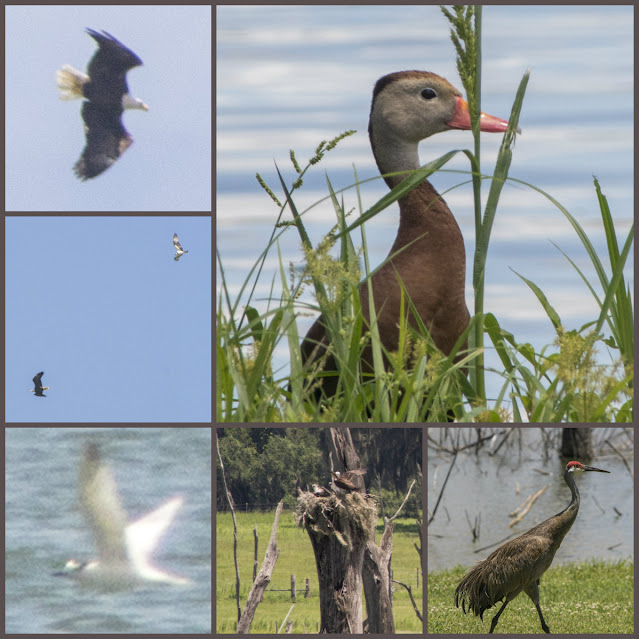 At Bystere Lake I found the Forster's tern mentioned on Ebird as well as an eagle being chased off by an ospery.  Usually, it is the osprey being chased by the eagle, but I think since the osprey has a nest here, it decided to be brave, and it paid off!  So, two more added to the list here.

Finally, ended the day at the water treatment plant, but no good photos to share.