This screech owl release in Dade City was not completely successful.  The poor thing just flew up a little and then flapped on the ground and hid in some saw palmetto.  All other releases I have been a part of were successful, so it was disappointing that the owl was not able to fly away.  However, this was one of the cutest owls I have seen, a "red morph".  It will be used for education since it cannot be released. 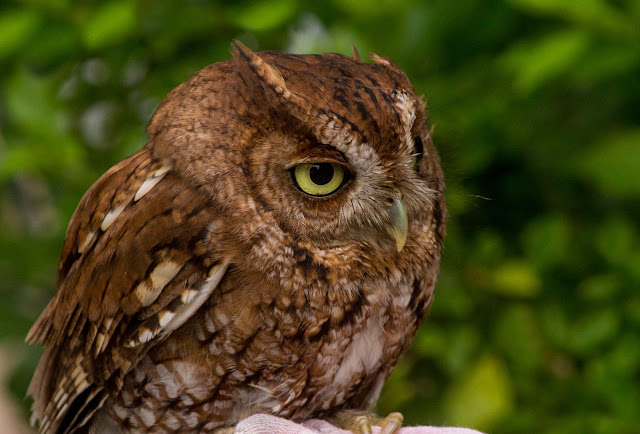 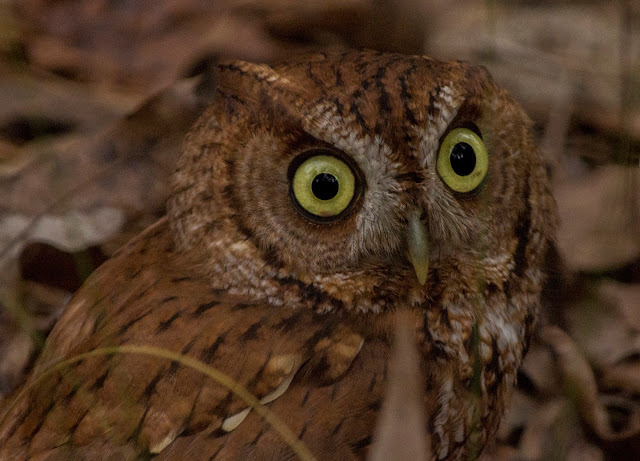 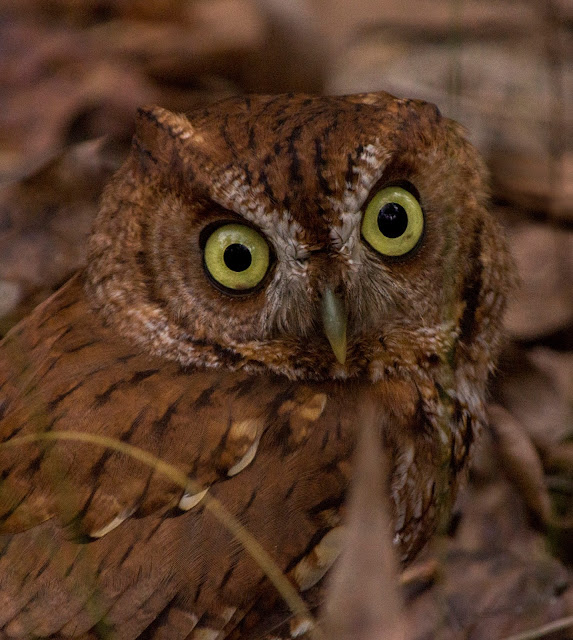 Posted by Breanna Perry at 1:40 PM