Today I got to watch a great cormorant for a long time from the top of the tower.  He was doing a mating dance to impress any nearby females; two came over and one seemed somewhat interested, watching him closely.  The colors of the cormorant are amazing.  The mouths are completely bright blue inside this time of year, and I think the orange of the beak is brighter, which makes the bright blue eyes seem brighter in turn.  The mating dance is very funny.  I would suggest looking it up on youtube if you have never seen it.  It goes something like this: shake, shake, shake, shake, shake, shake, bow!

Another interesting thing he did that I never noticed before was turn his entire eyeball upwards when he wanted to look up.  Imagine if when we as humans wanted to look up that instead of moving our heads, our eyes could sort of come out and look up.  That was what it was like!  Here is the best image I got of that, as well as some others: 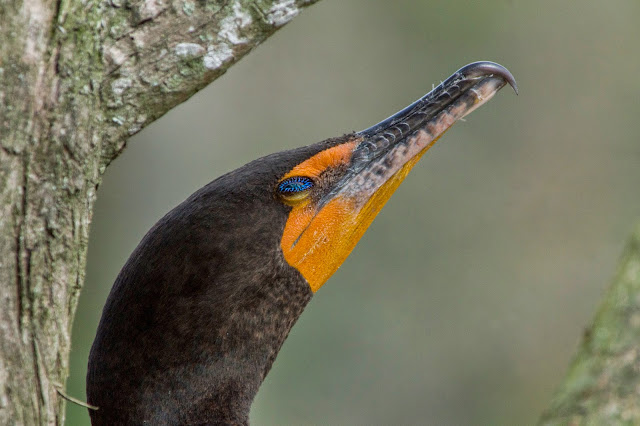 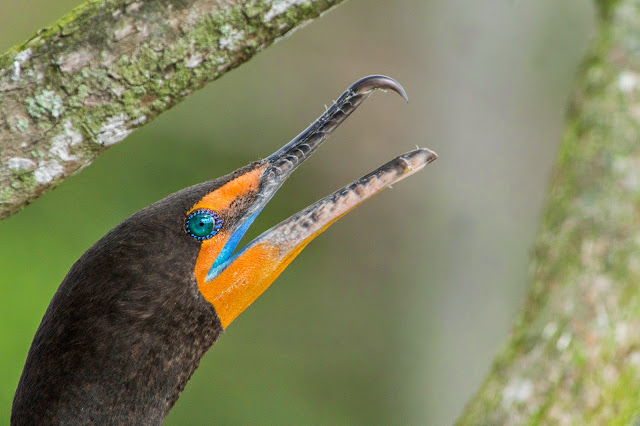 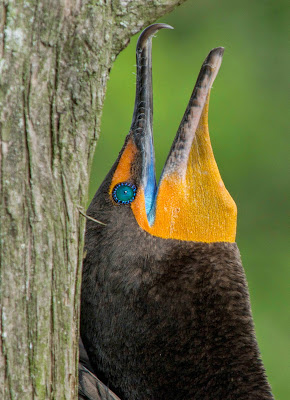 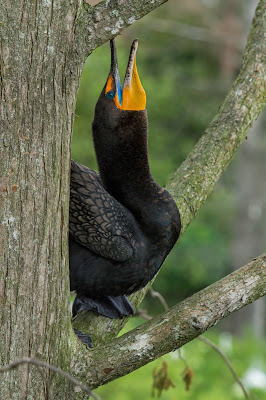 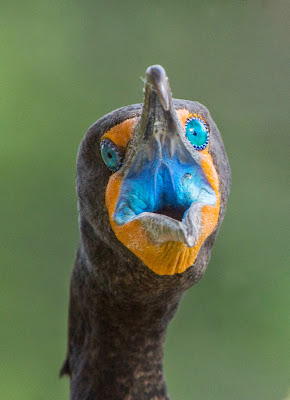 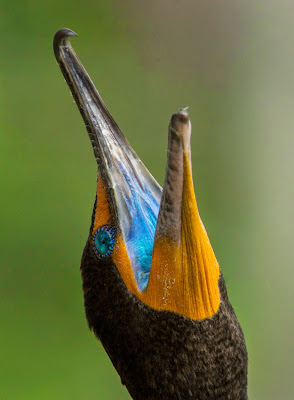 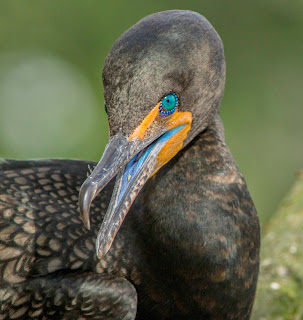 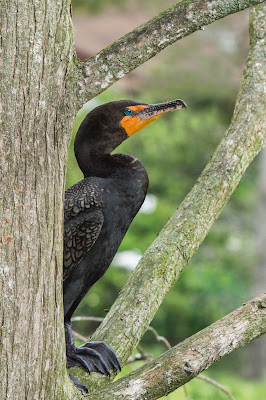 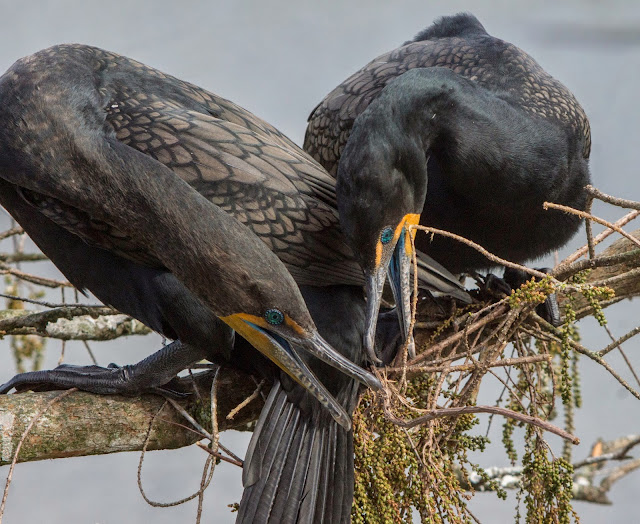 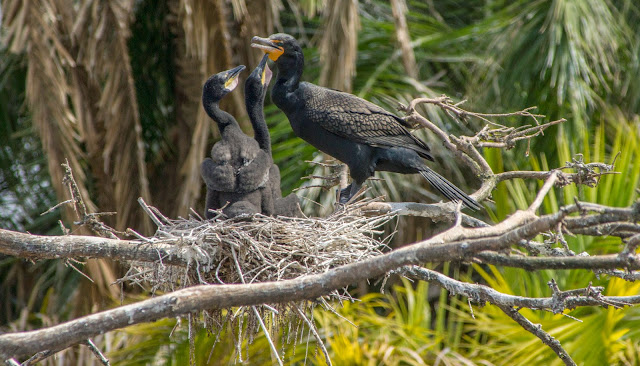 Posted by Breanna Perry at 6:41 AM