Most people would not think of baby birds being around in September, but these nests were already very active.  Raptors like owls and eagles also nest in December.  Below are mainly Great Blue Herons and a few Anhinga photos too.  One time the parent dropped a giant fish next to the babies and I never thought they would even try to pick at it.  Then one of the babies swallowed it whole!  This was also the first time I have been here since I got my 500mm lens.  Now I am almost close enough...next year I will have to get the extender! 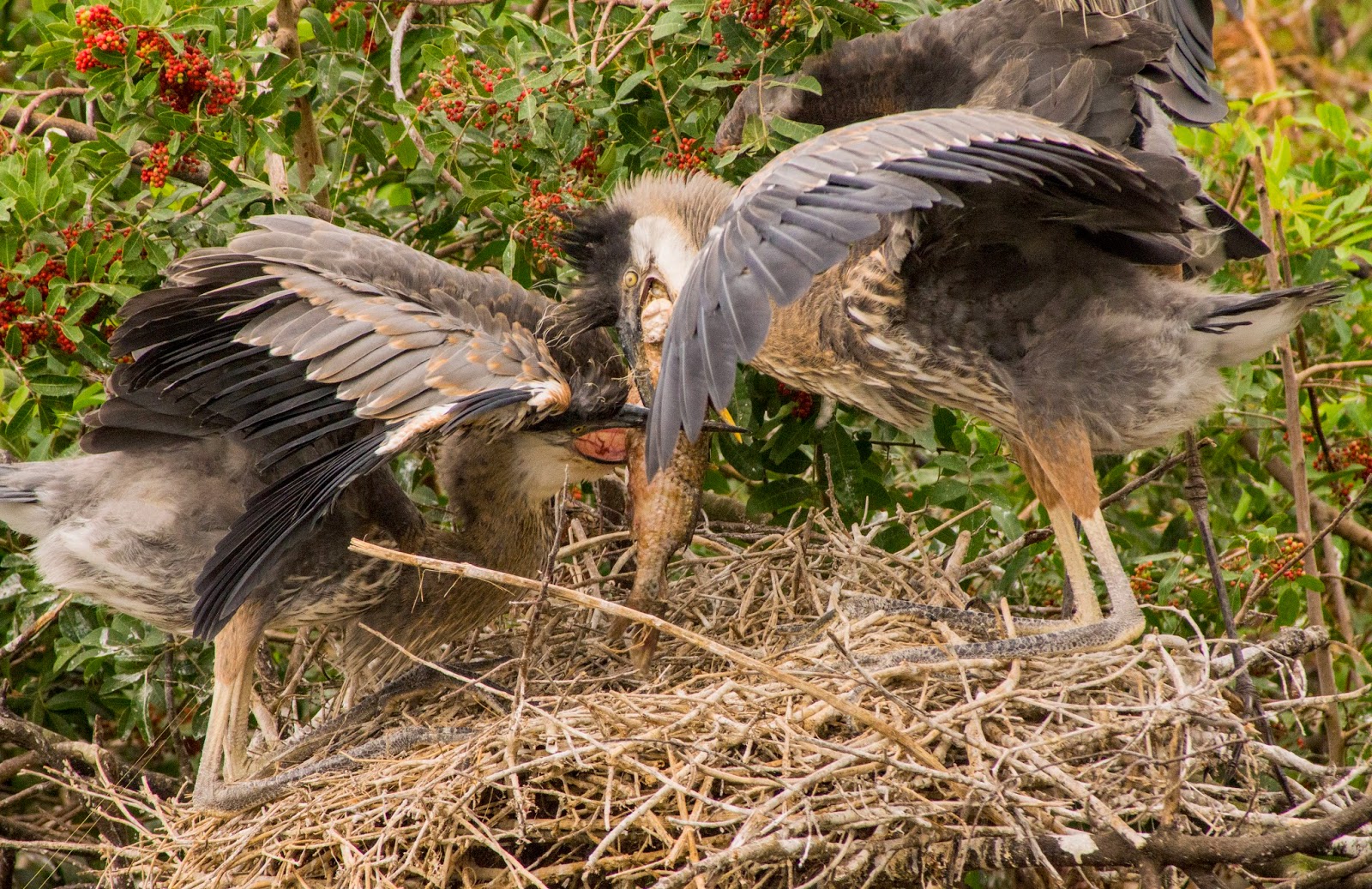 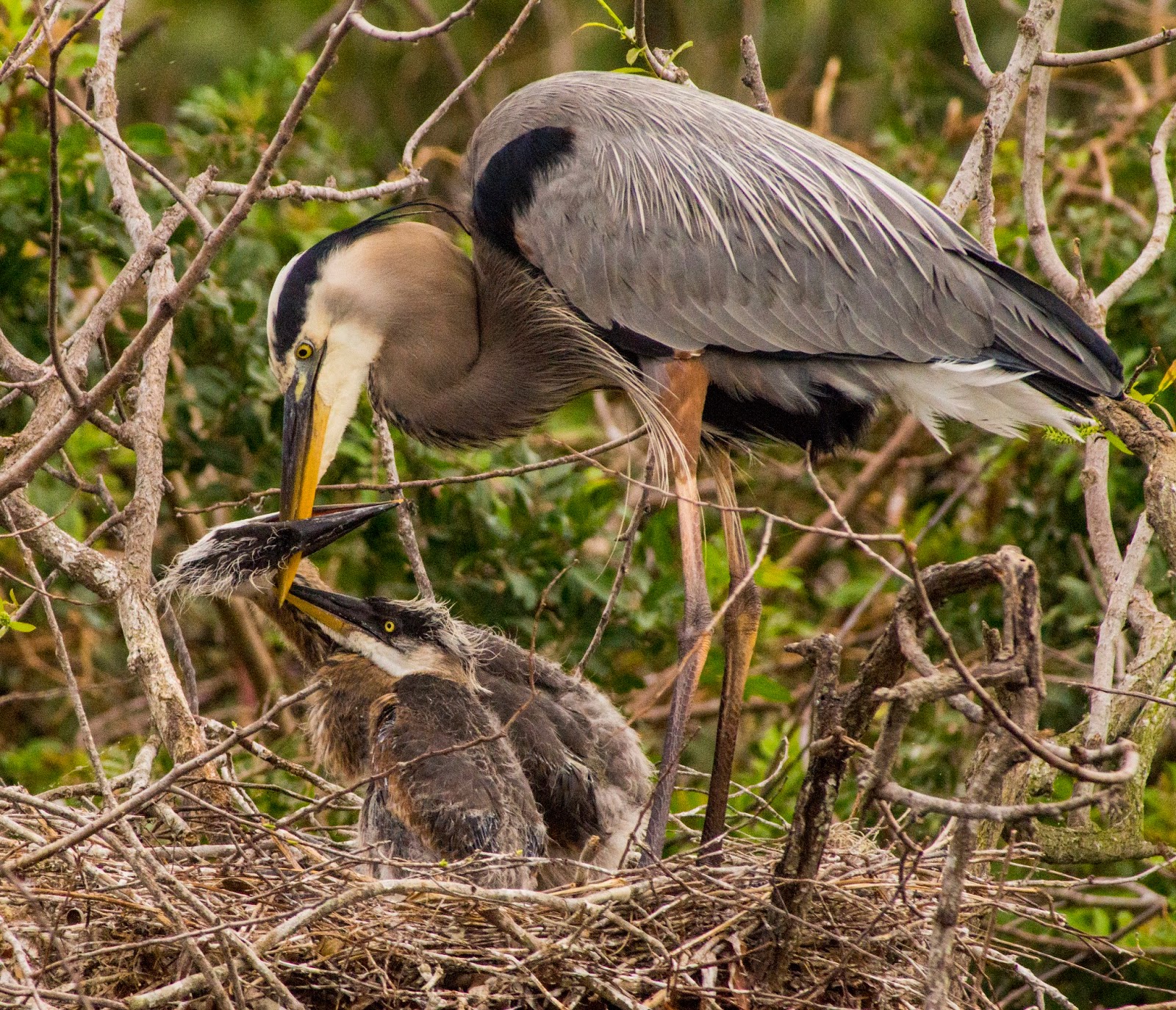 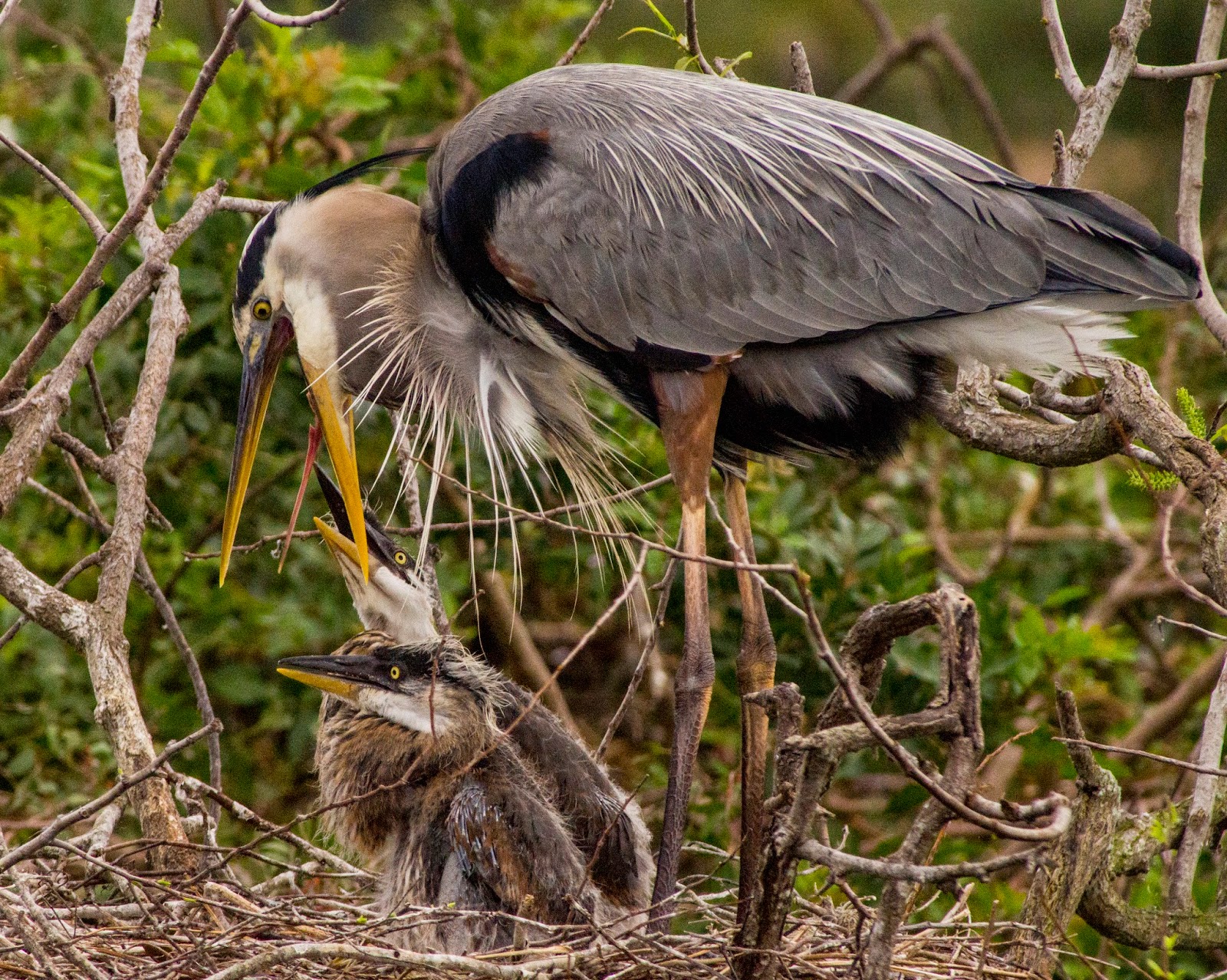 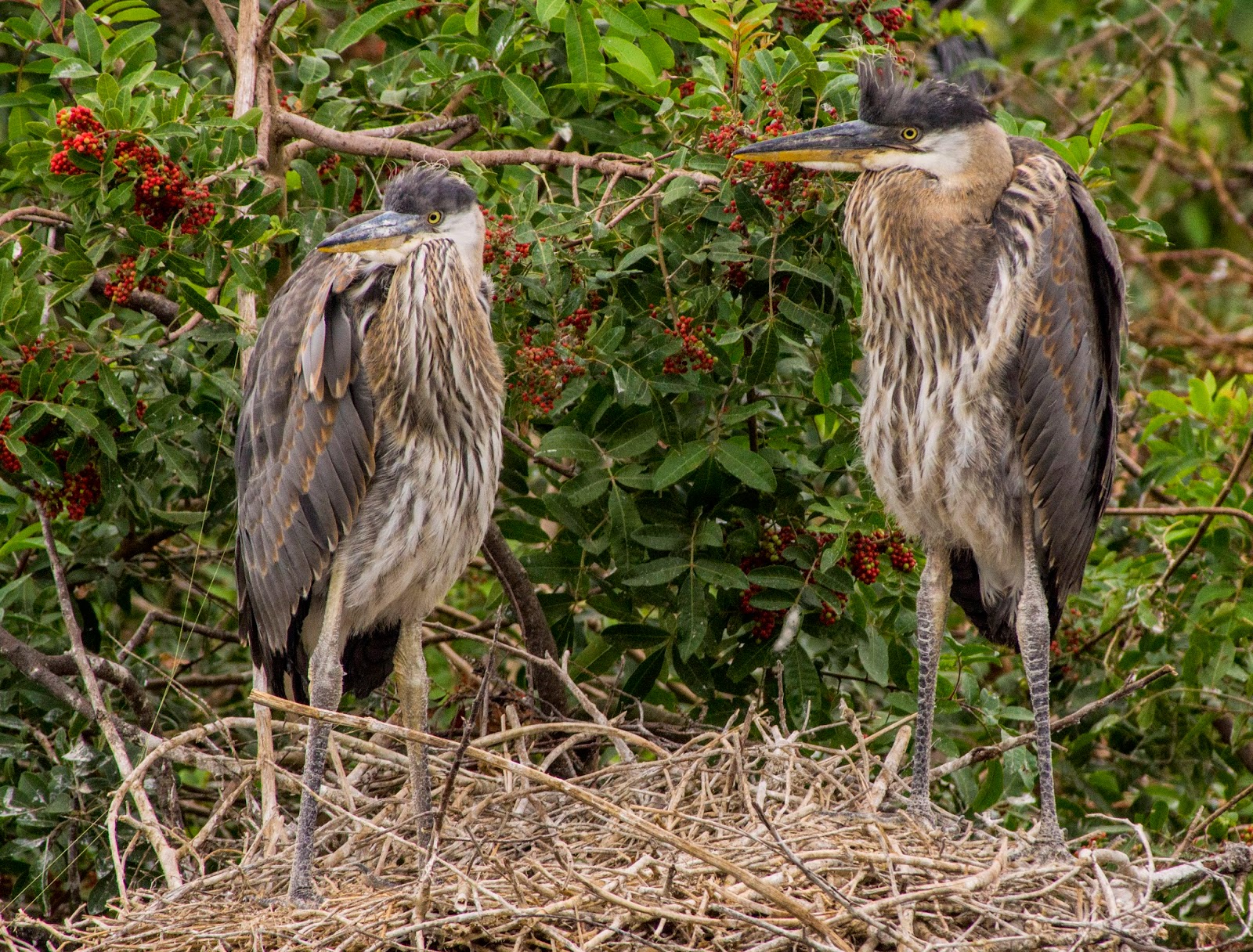 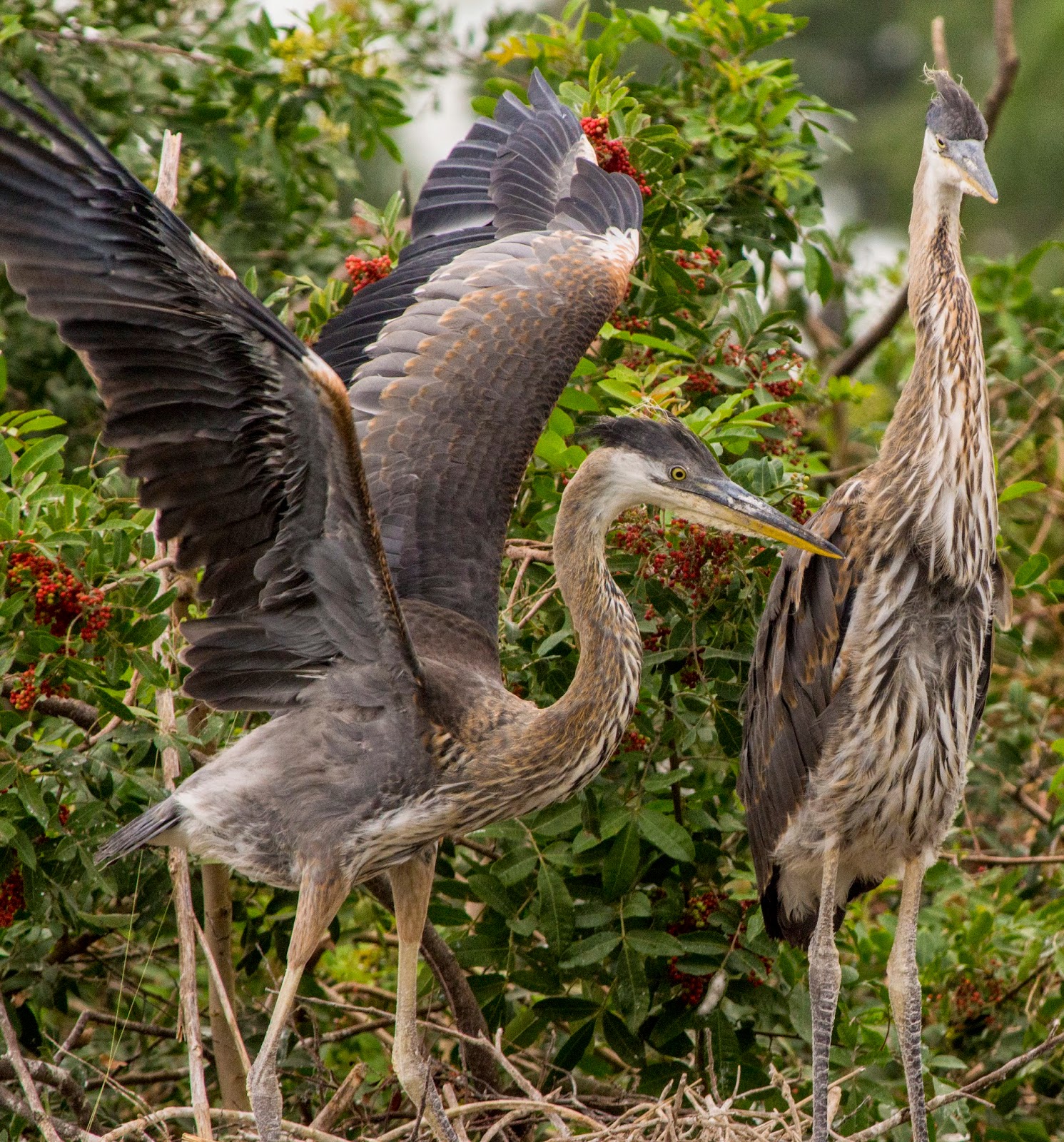 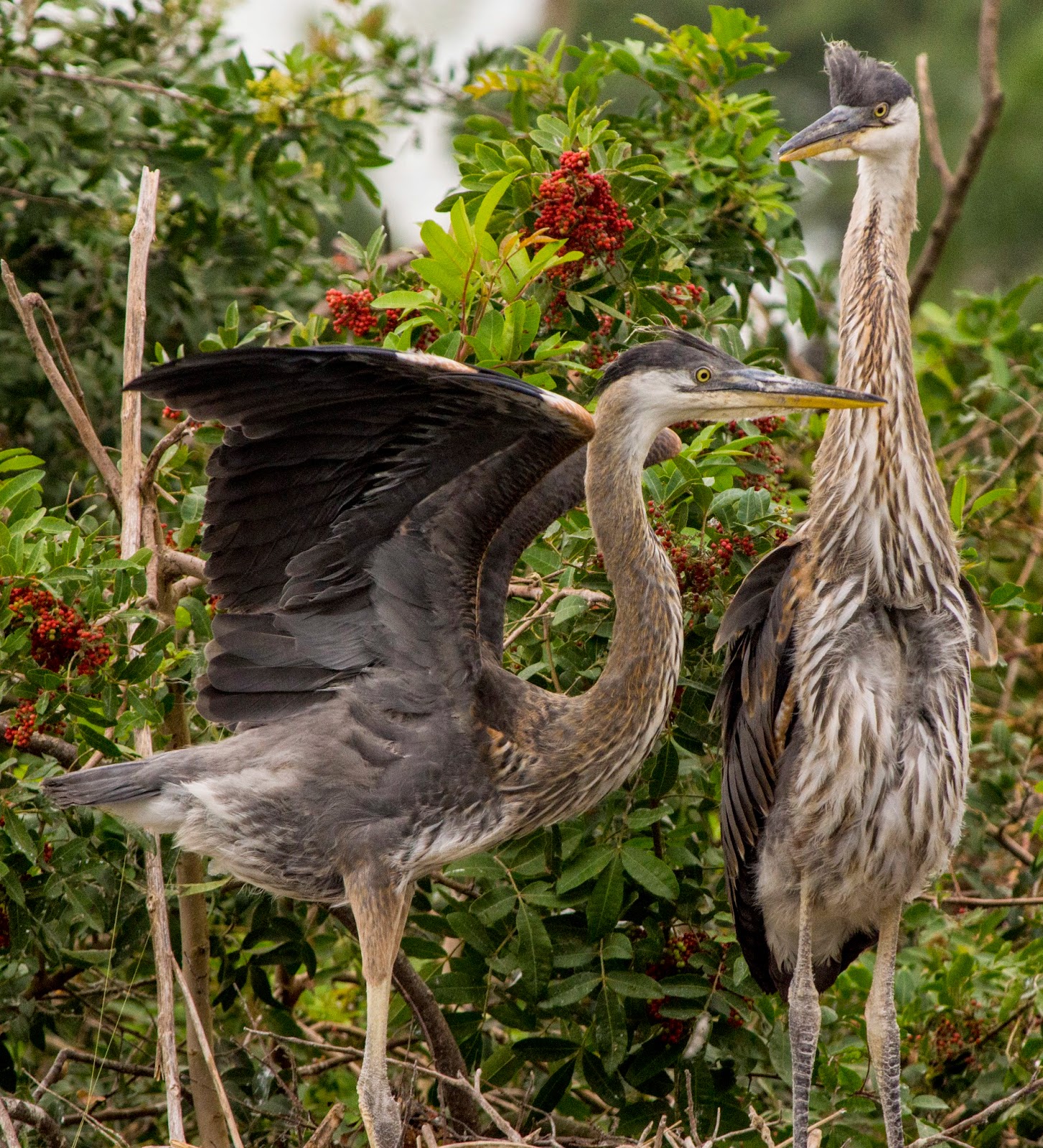 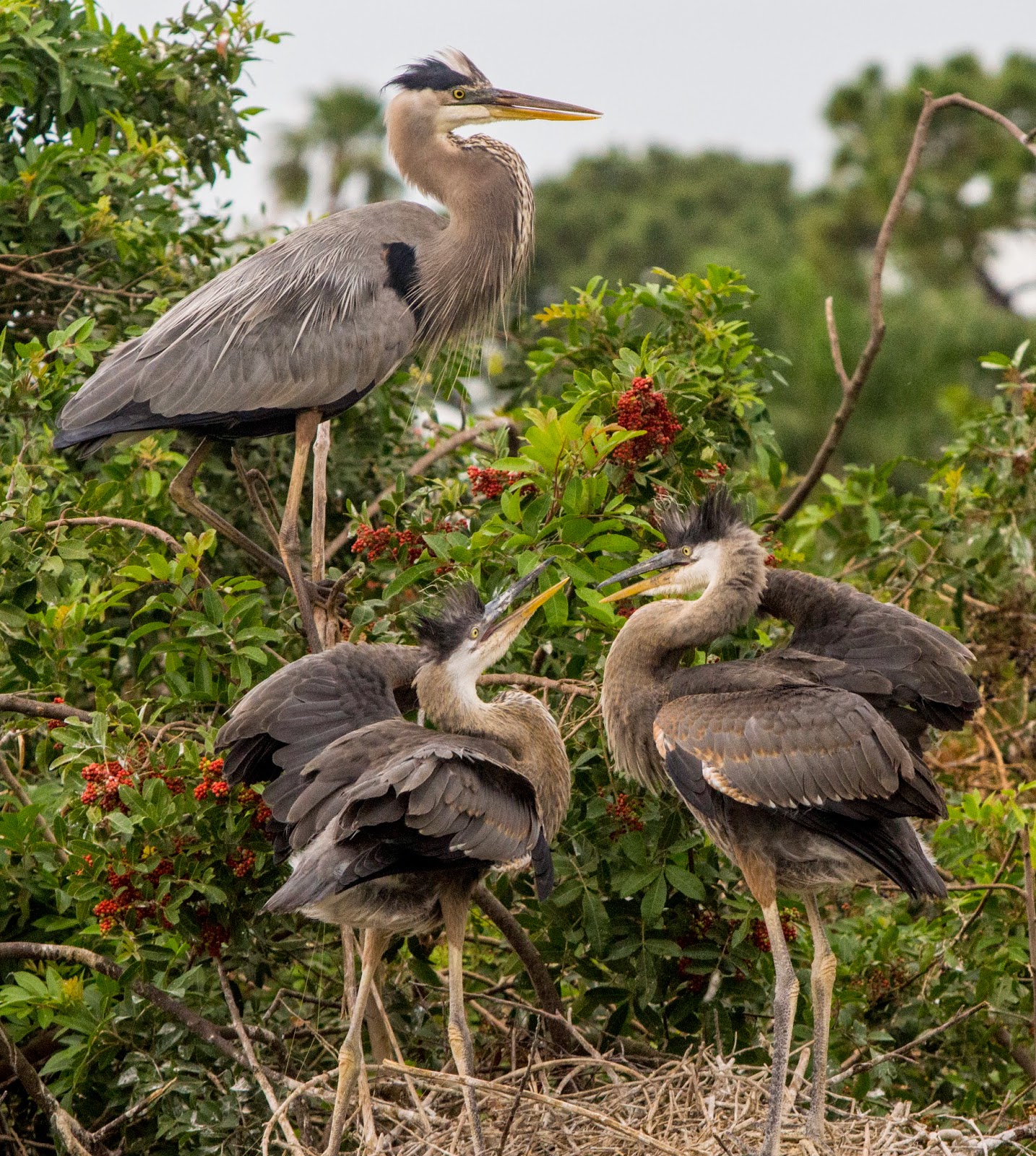 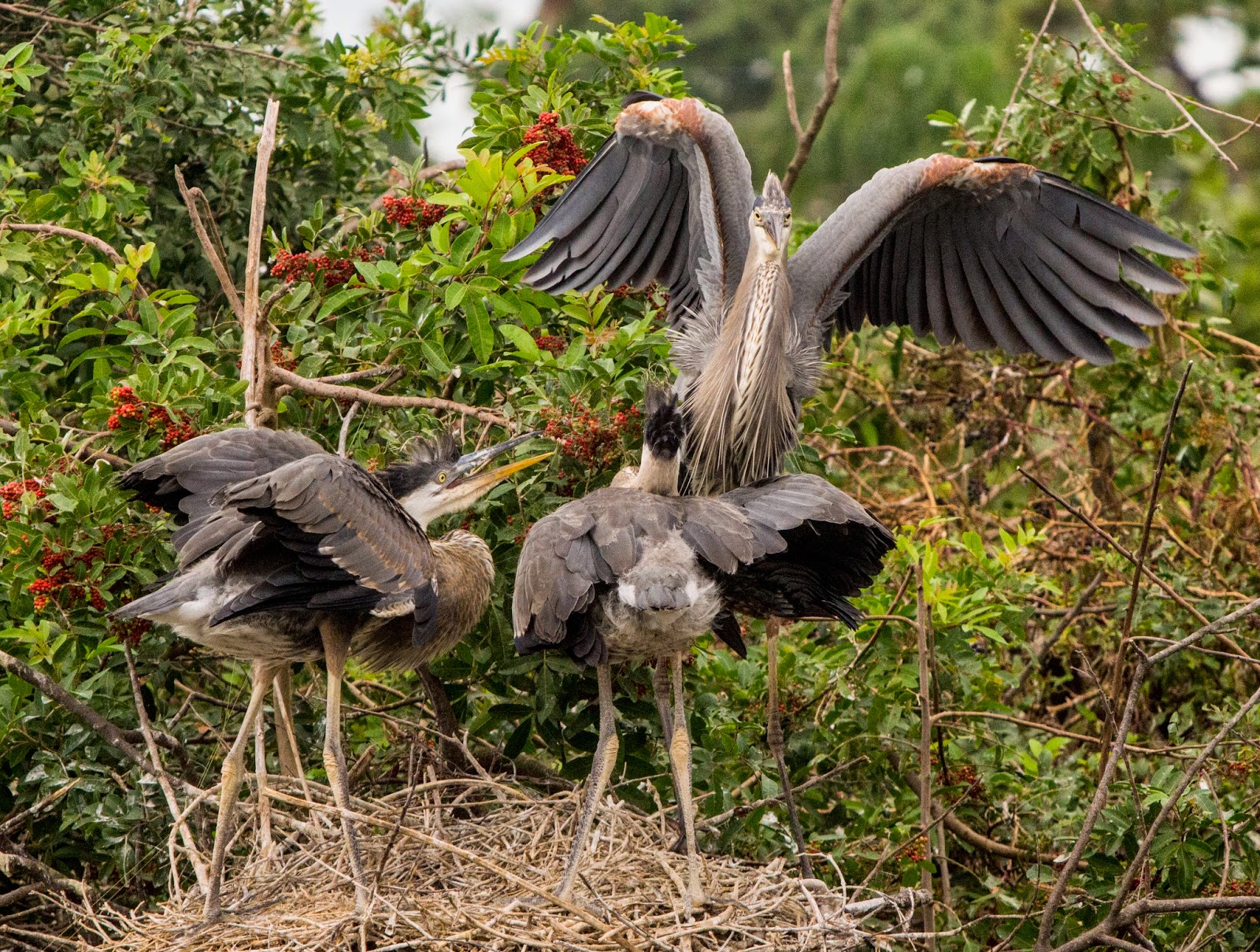 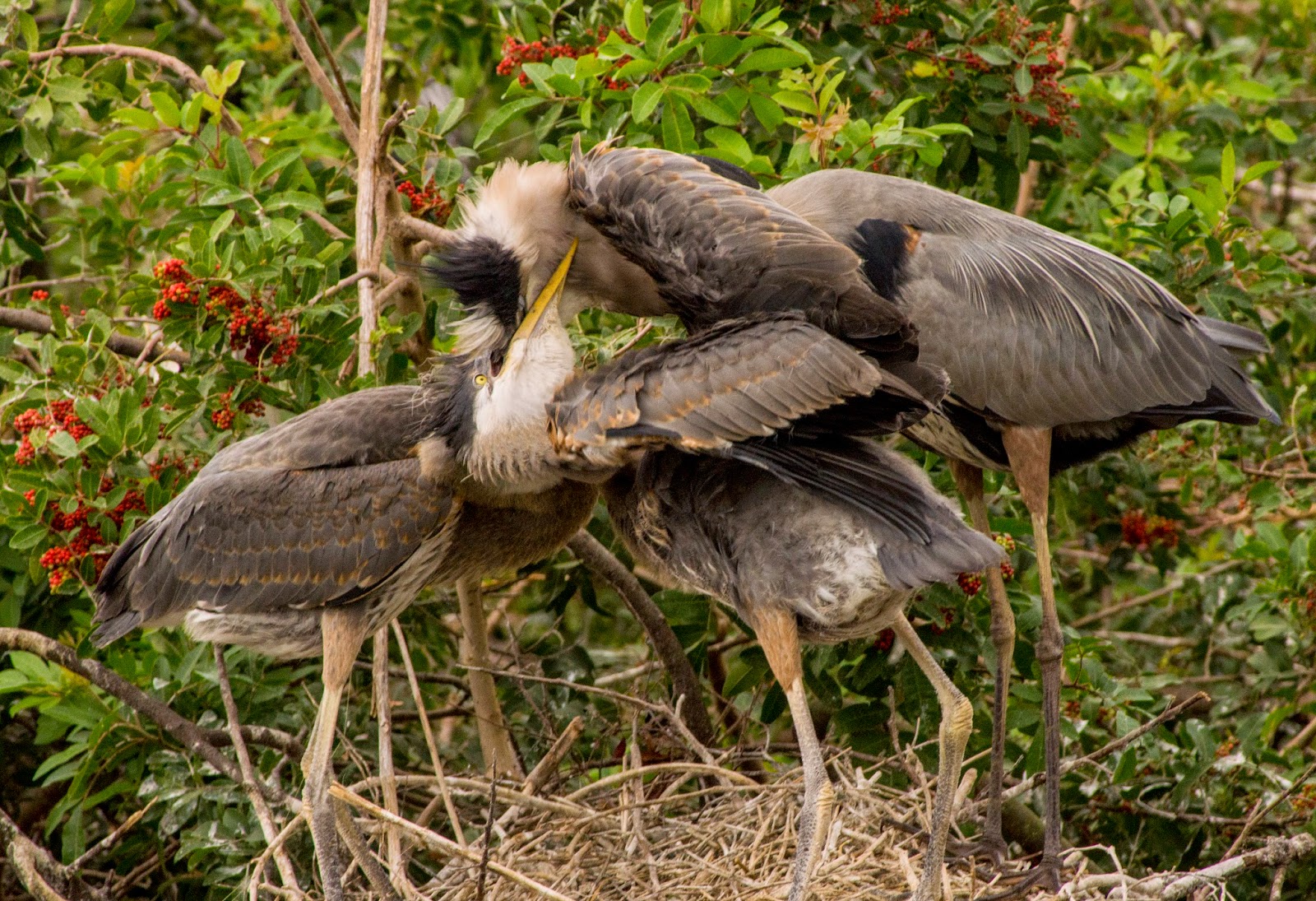 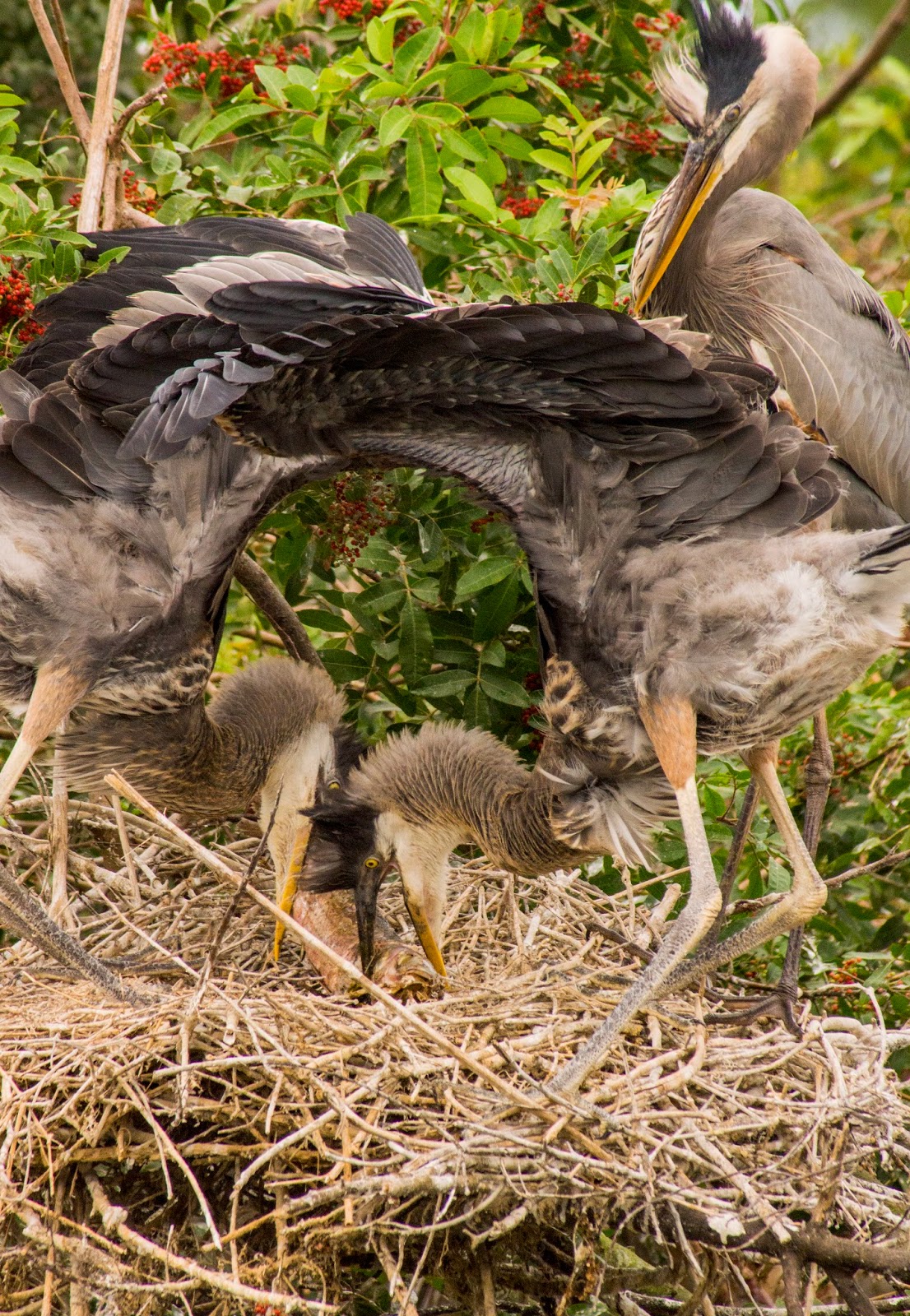 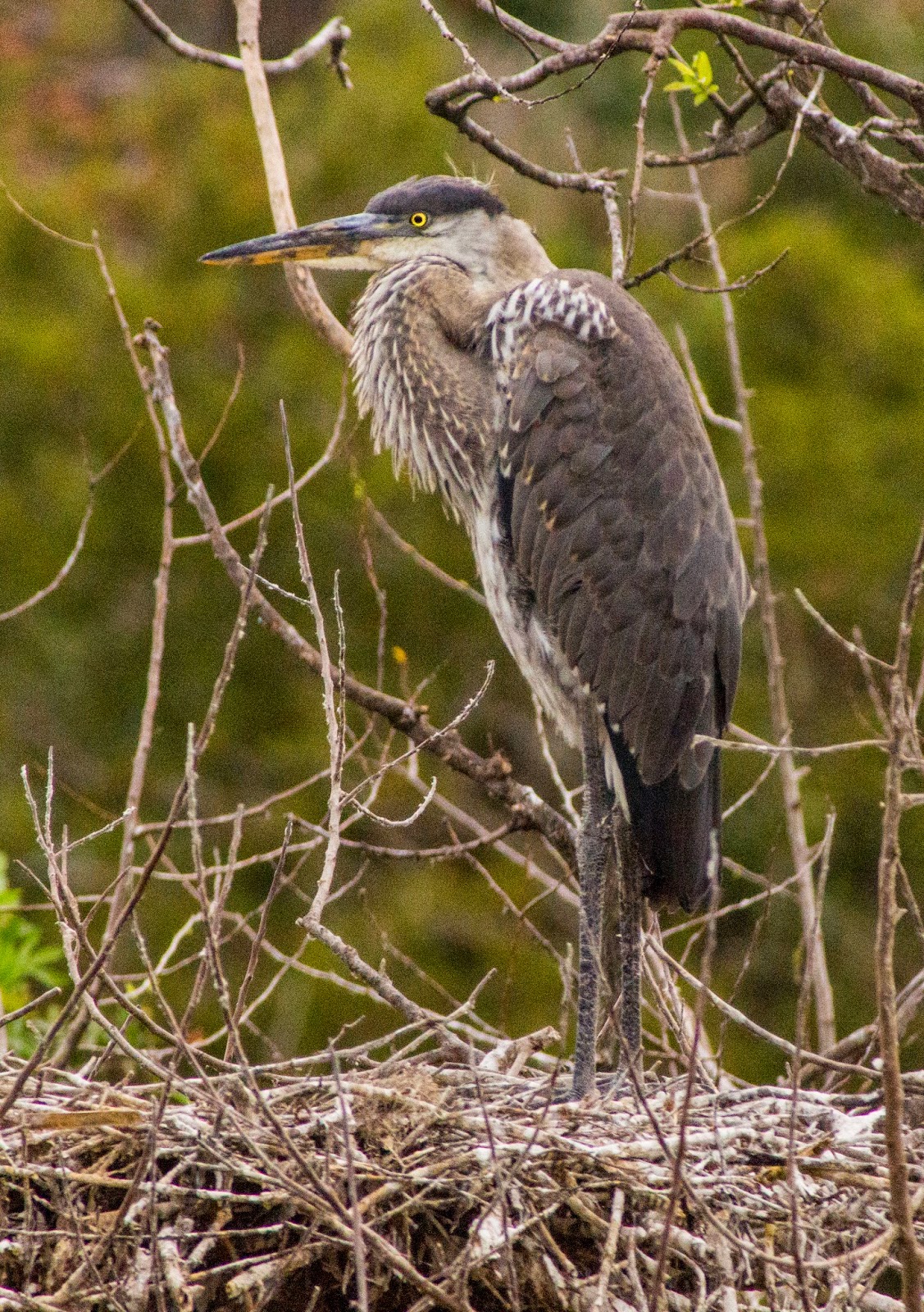 Posted by Breanna Perry at 8:02 AM