What a great time of year to visit this place for variety.  Right before I pulled into the park, I saw this pelican and horned greebe hanging out together.  Also found what I think is another spotted sandpiper in another turn out just before entering the park as well as a small flock of mergansers. 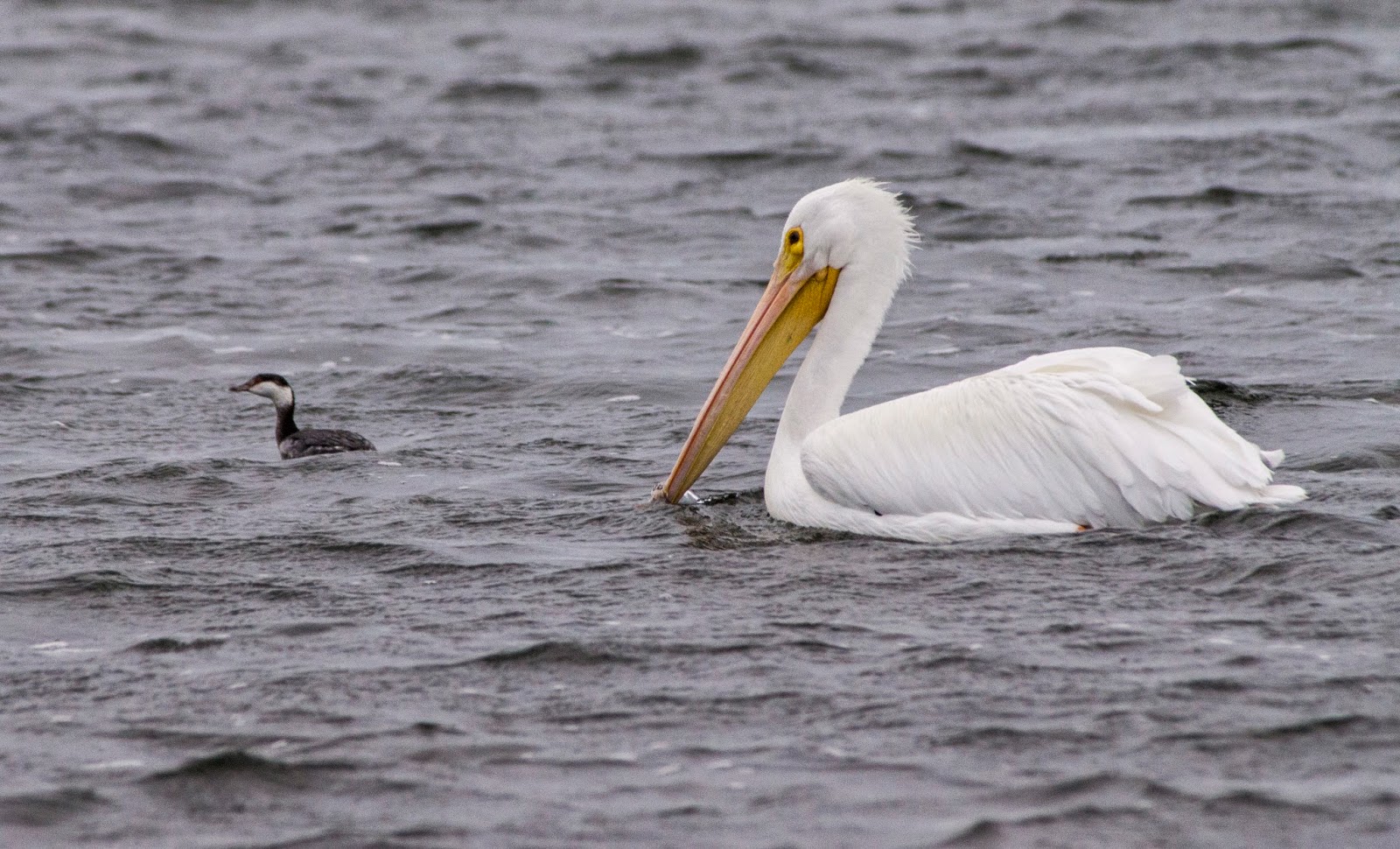 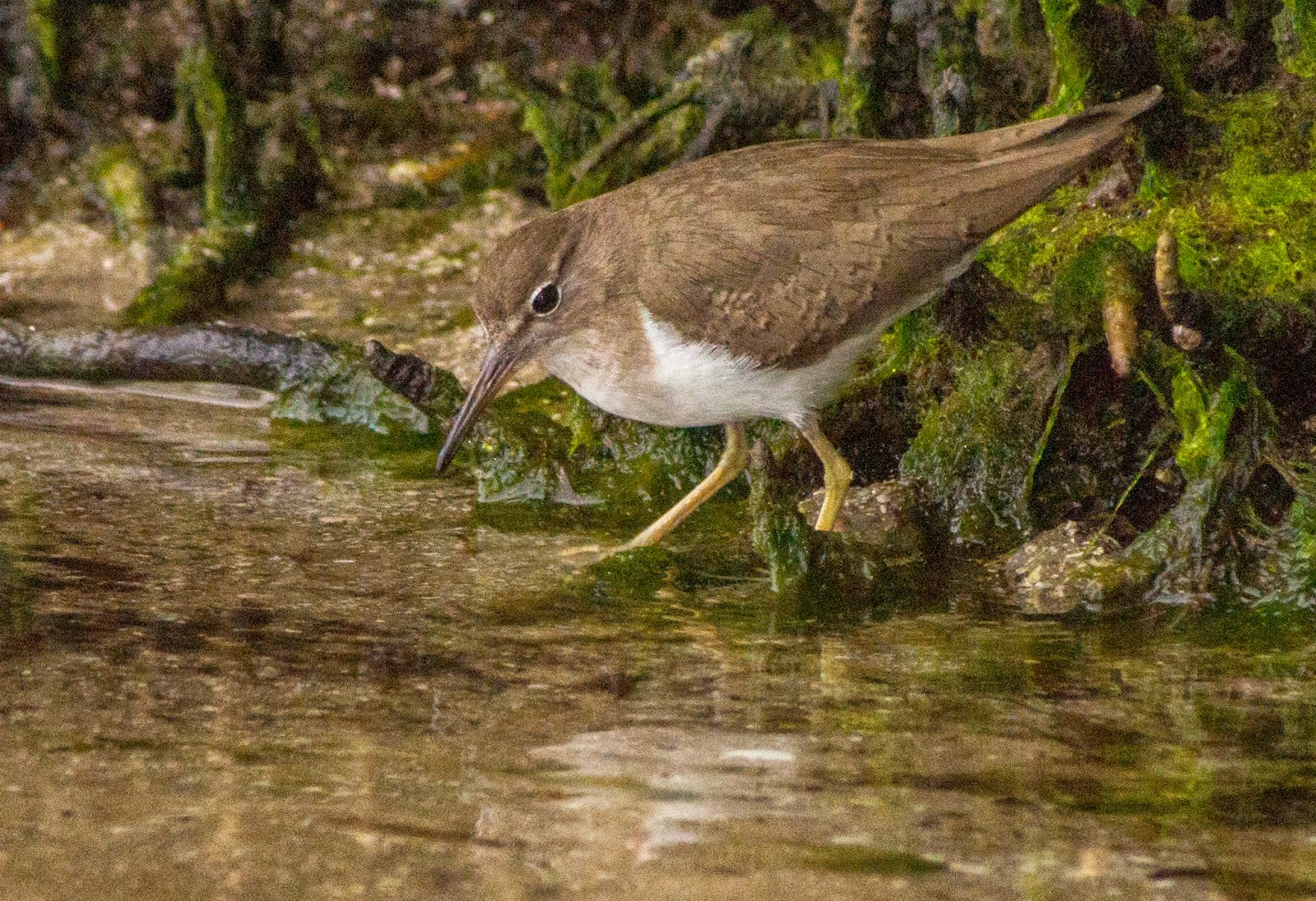 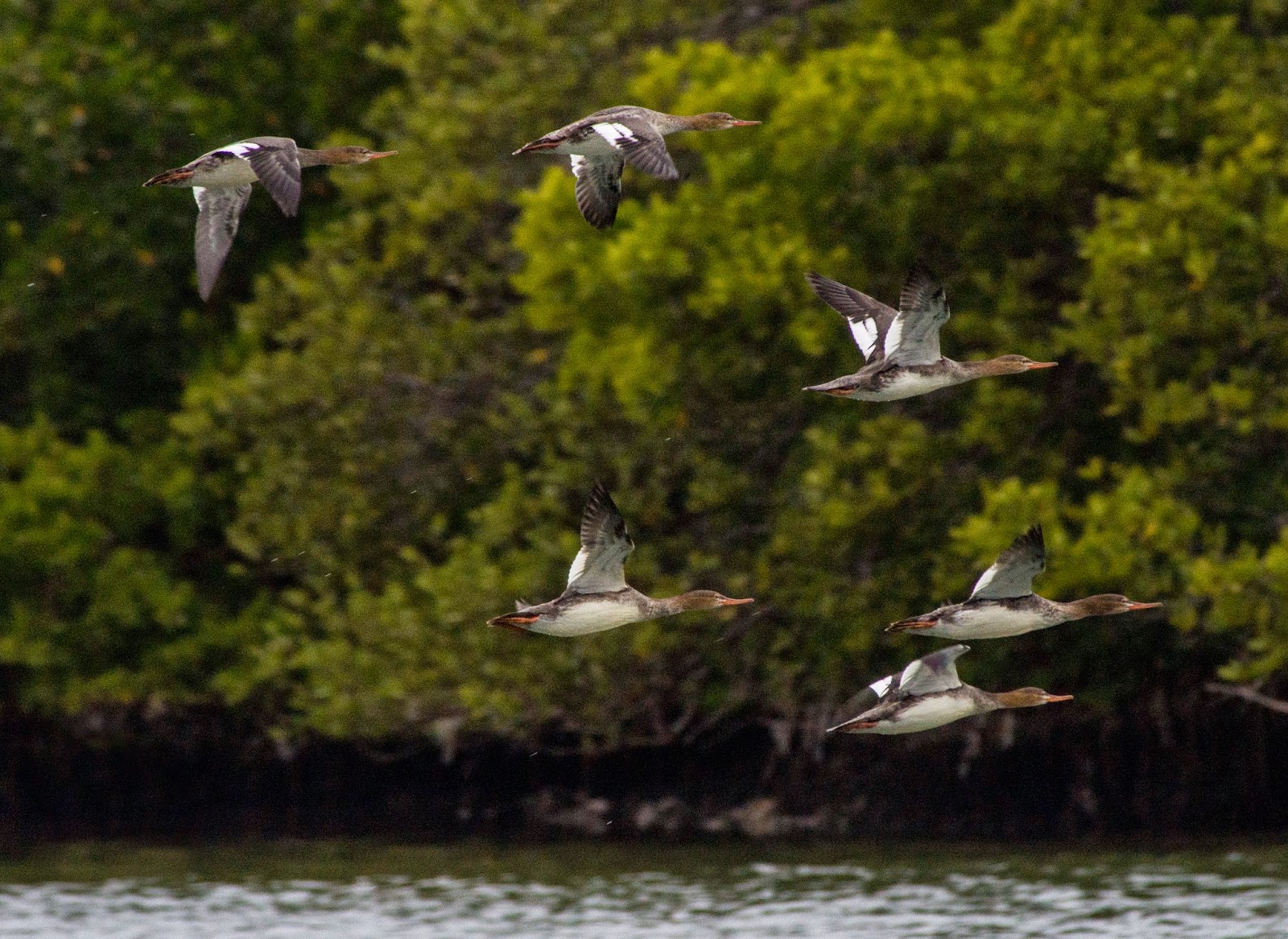 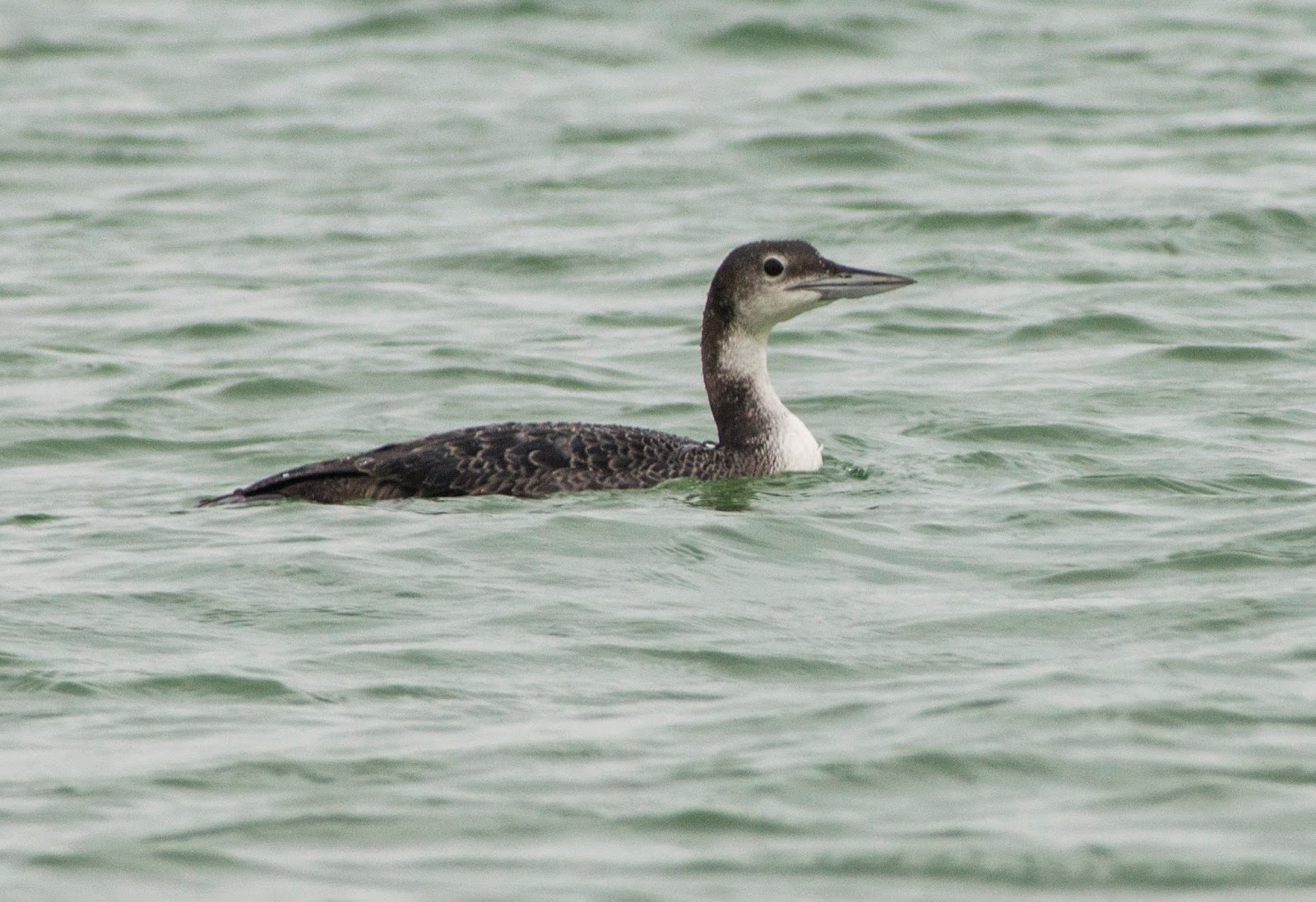 Common Loon -
I saw a group of these by the ranger station and then this lone one at the end of the beach. 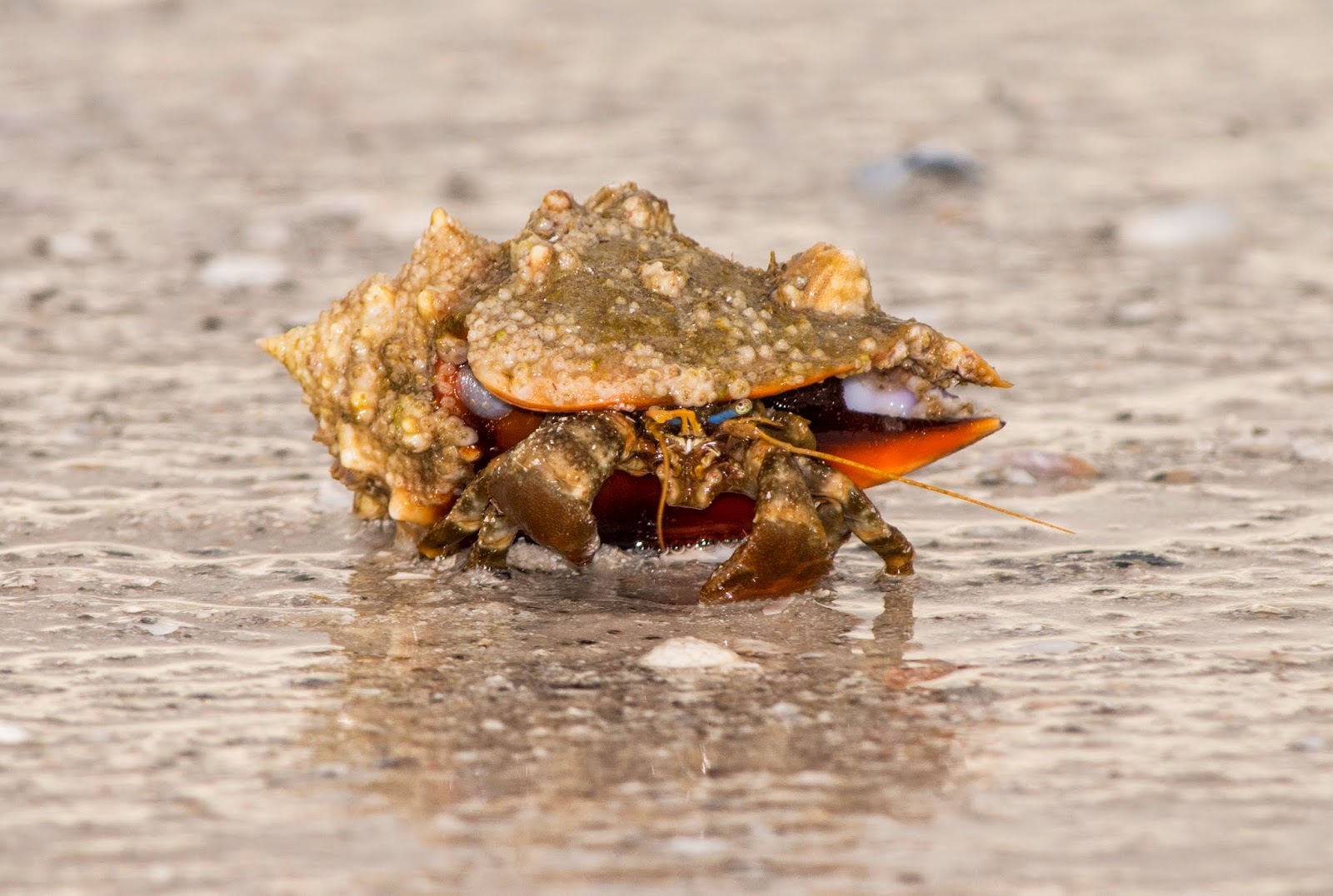 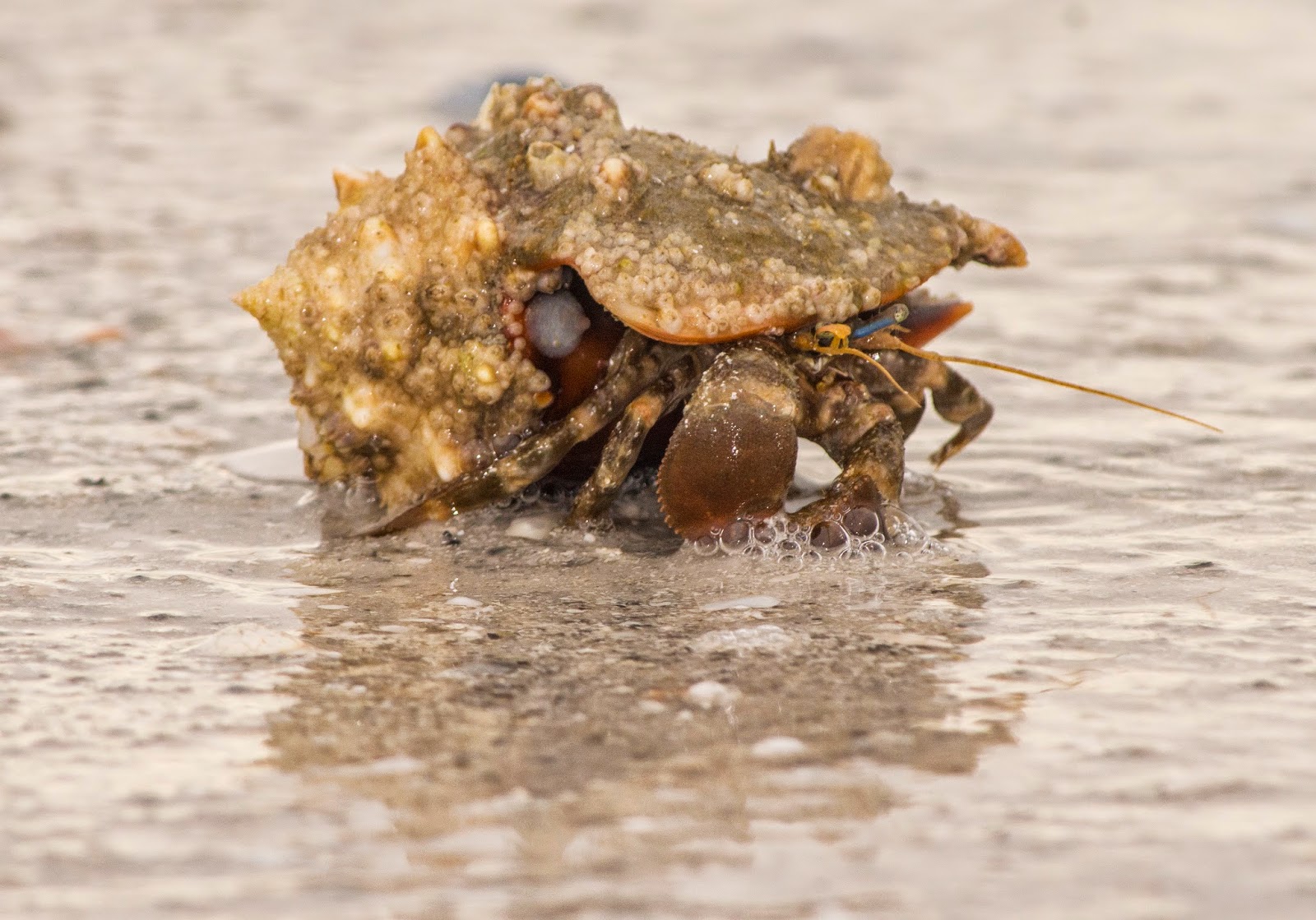 This is a hermit crab living in the shell of the "Florida Fighting Conch".  I learned about how these crabs move from shell to shell throughout their lives and do not make a shell of their own.  The conch is a type of water snail as is the live one below. 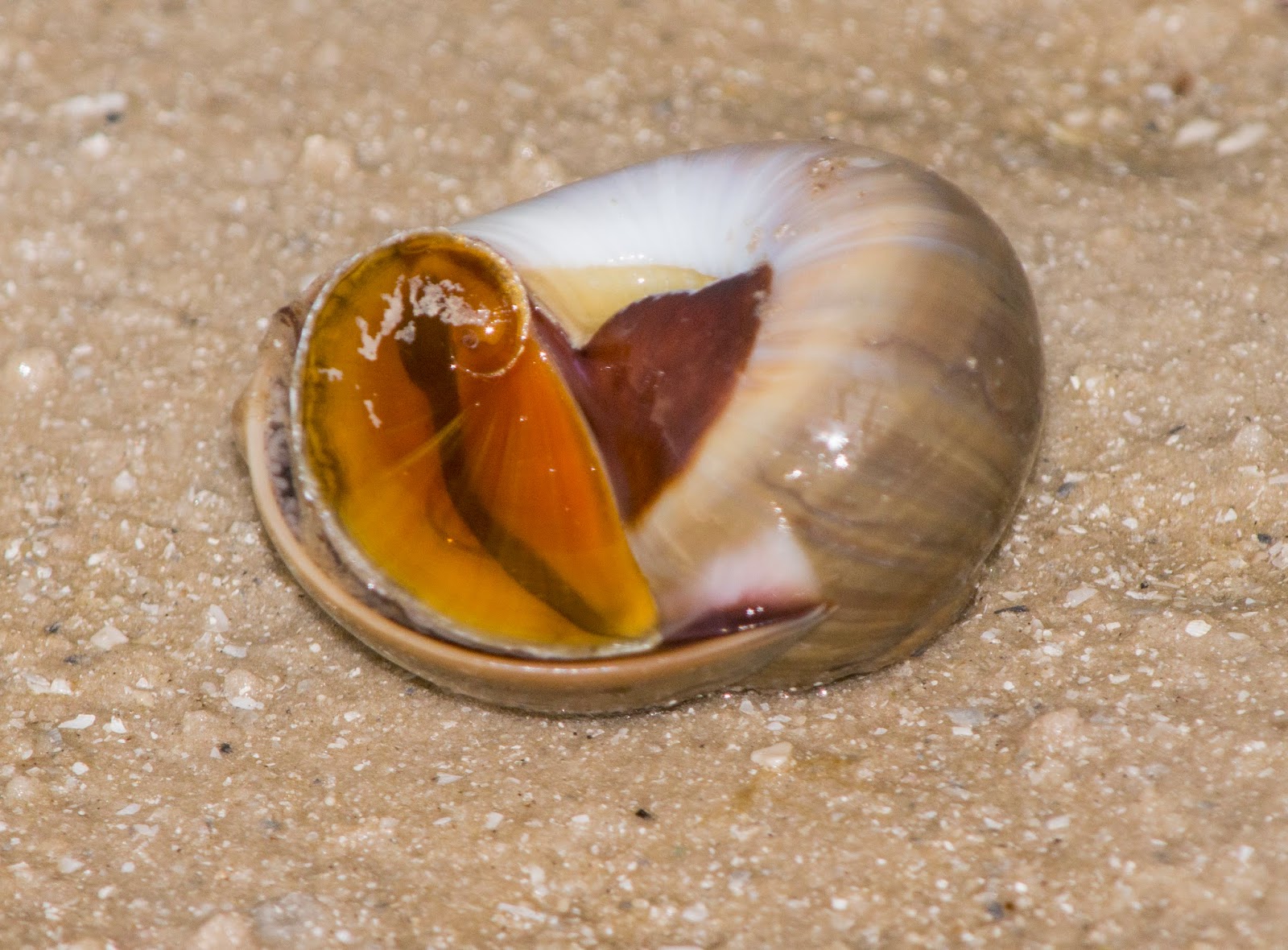 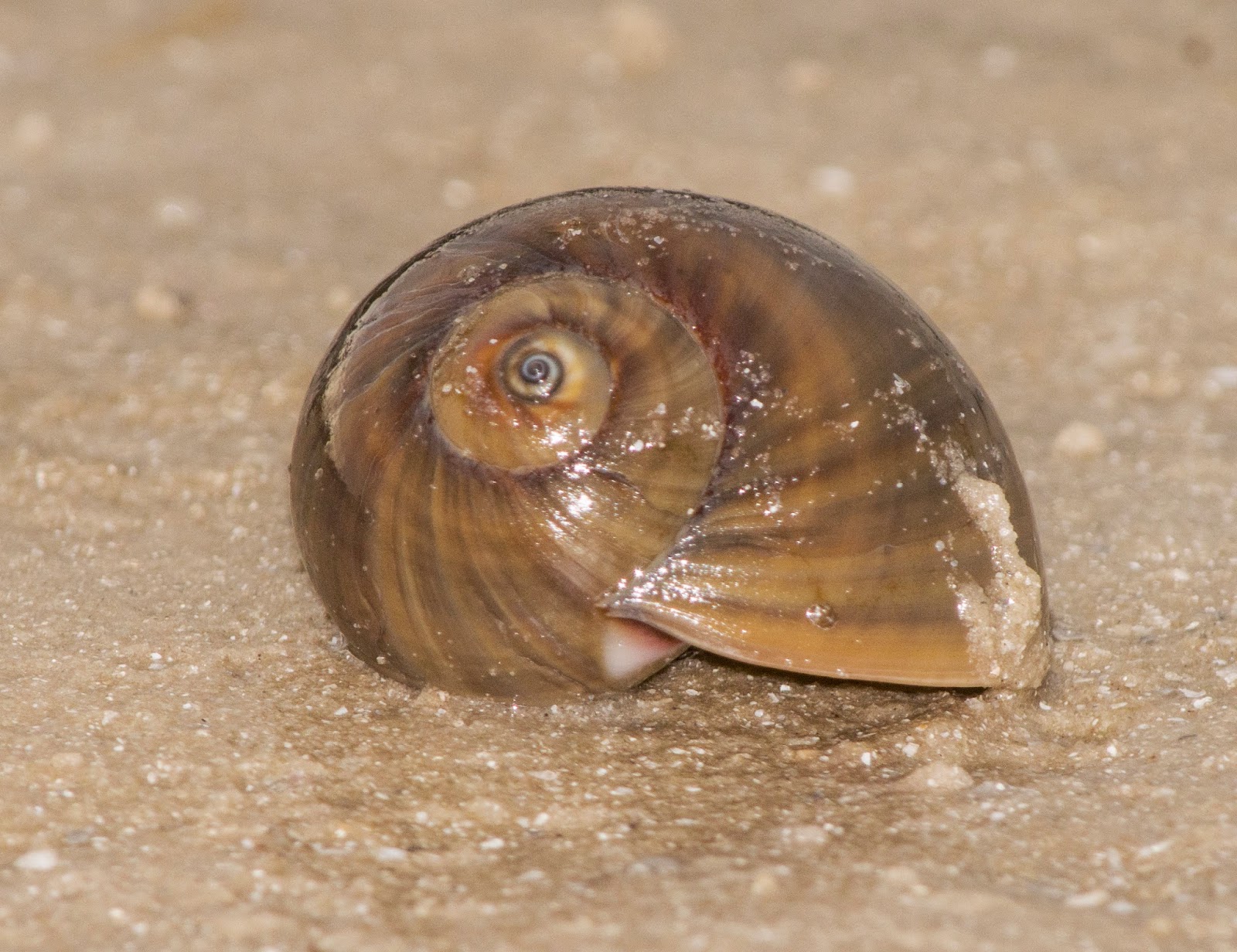 "Shark Eye" is the common name or "Moon Snail".  I have never seen one of these alive before or one so large.  This one was about the size of my palm. 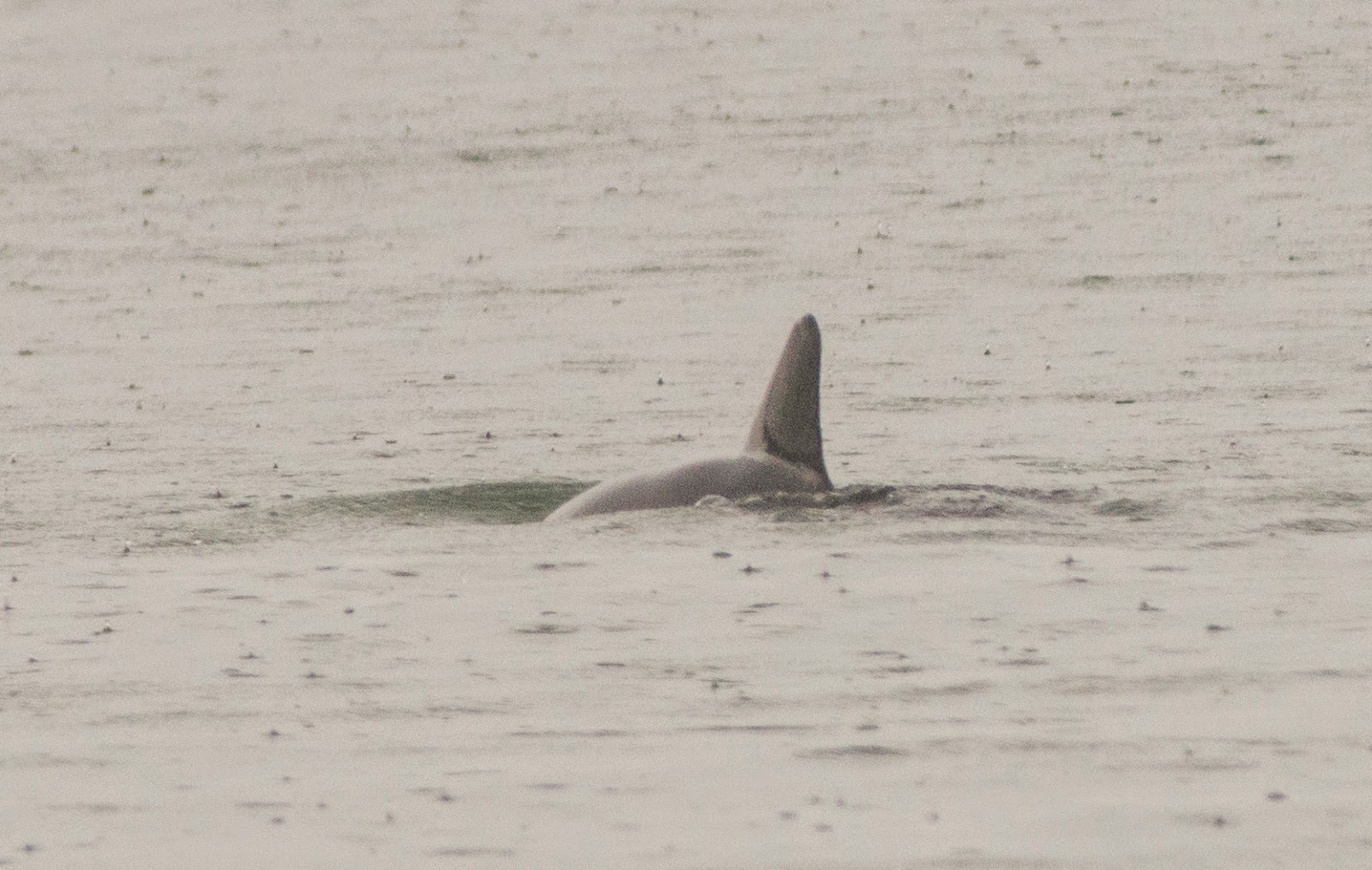 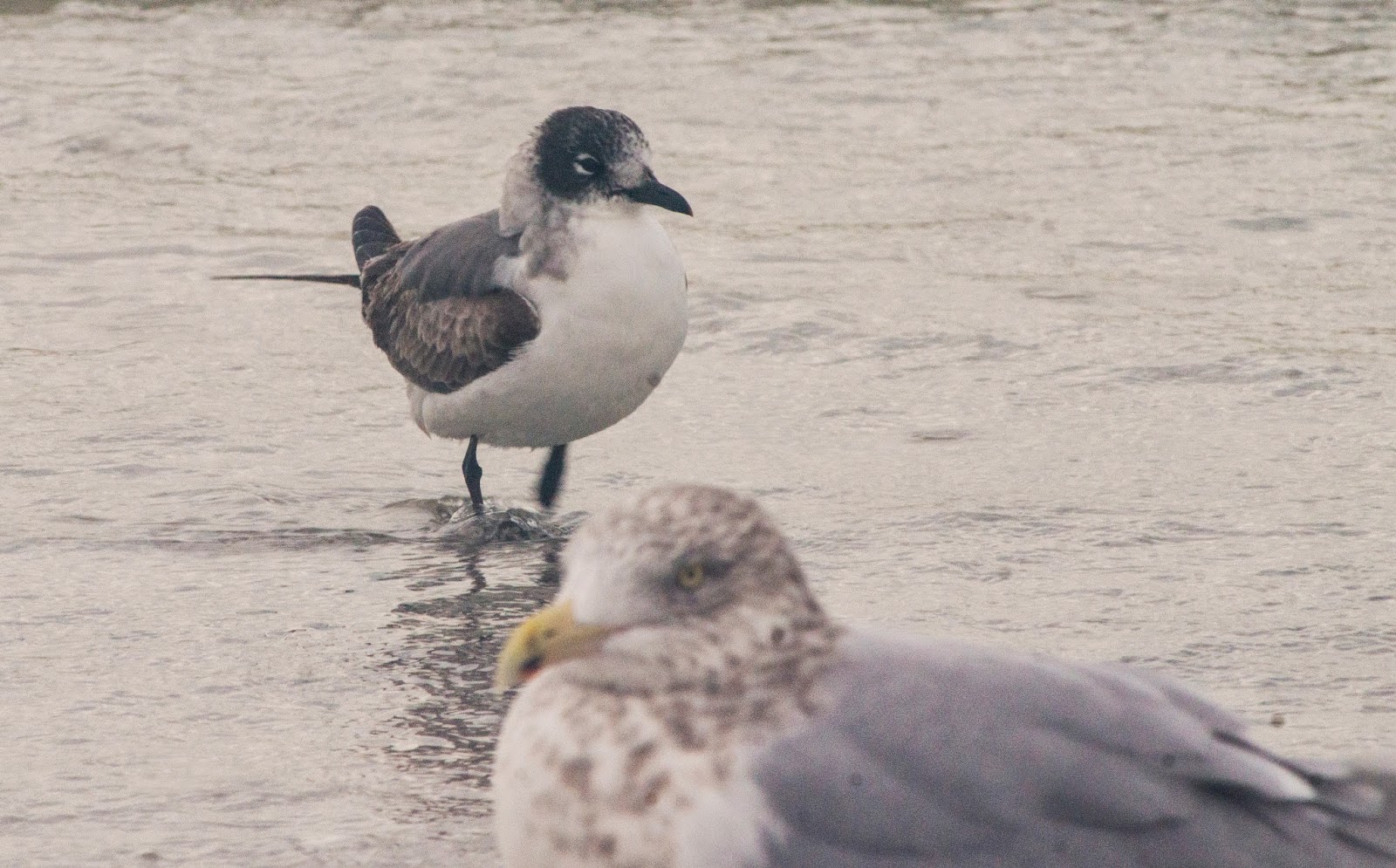 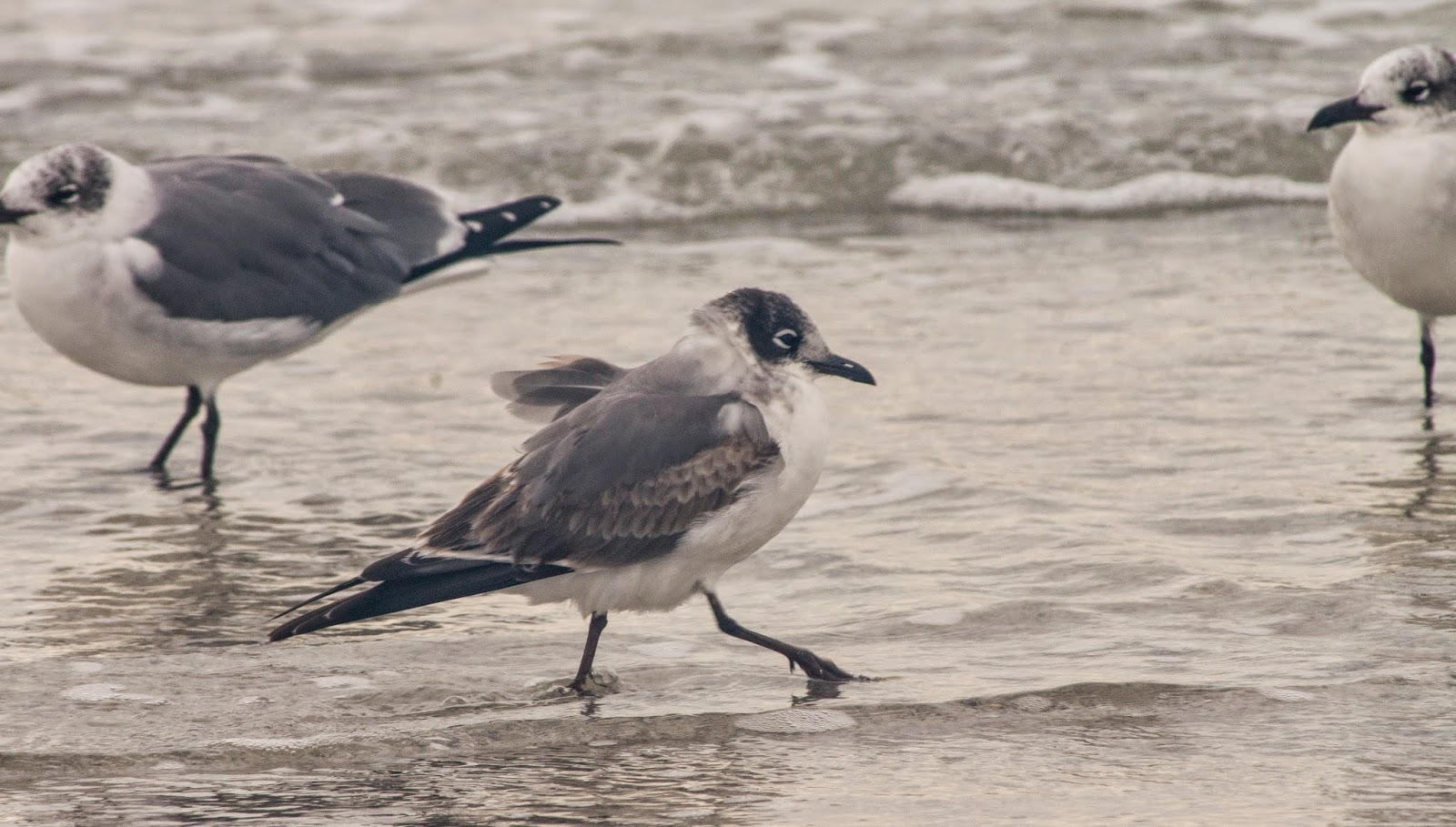 I noticed this gull was very small and cute compared to the other gulls.  It did not really look like the laughing gulls in the background of this image.  I later found out that it is a Franklin's Gull and that all the birders want to come out to see it! 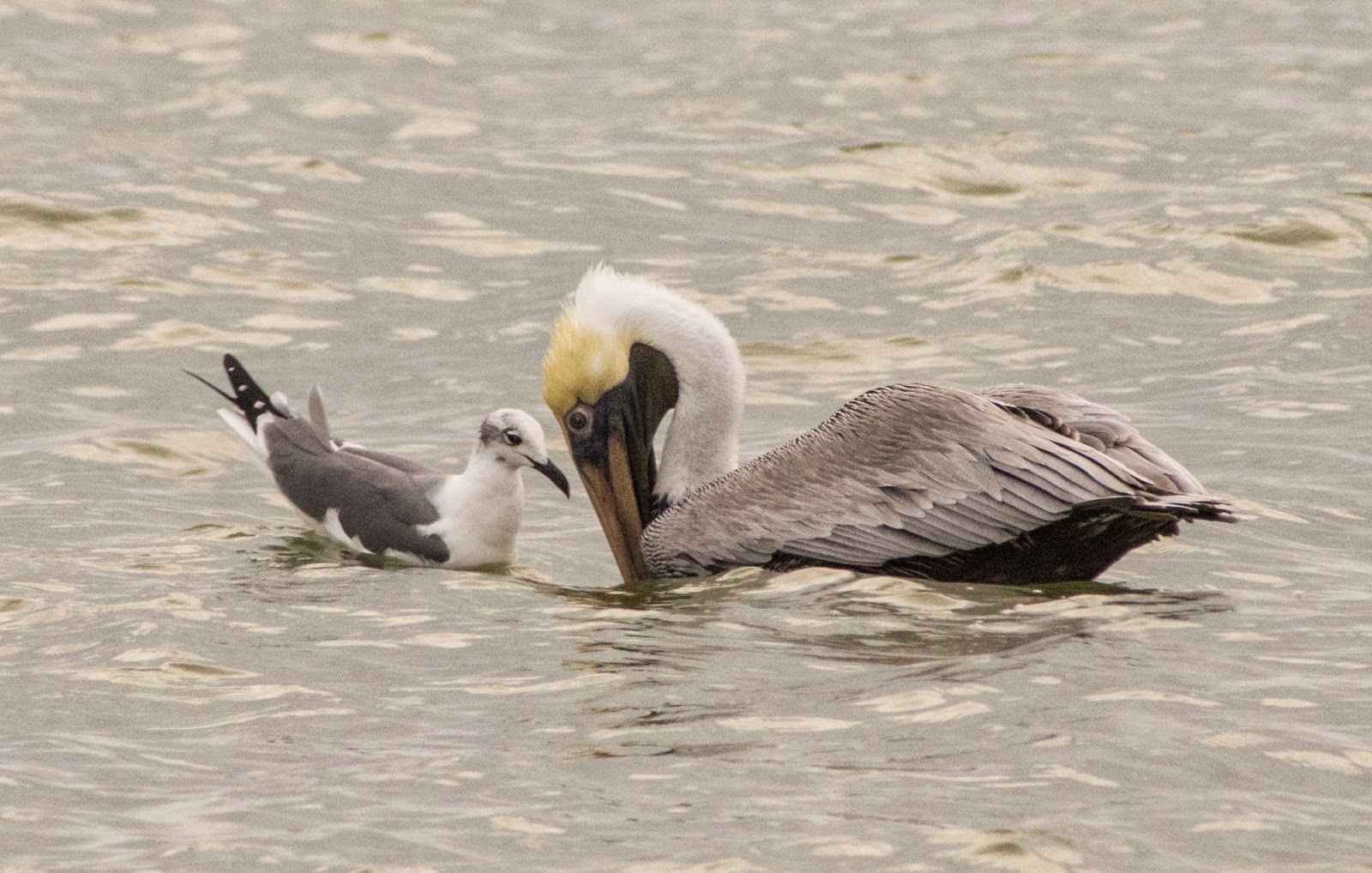 I wish I could say that these two were just friends.  In fact, the gull is trying to steal the pelican's fish.  This is a common behavior and one time I even photographed a gull sitting on a pelican's head trying to get his fish! 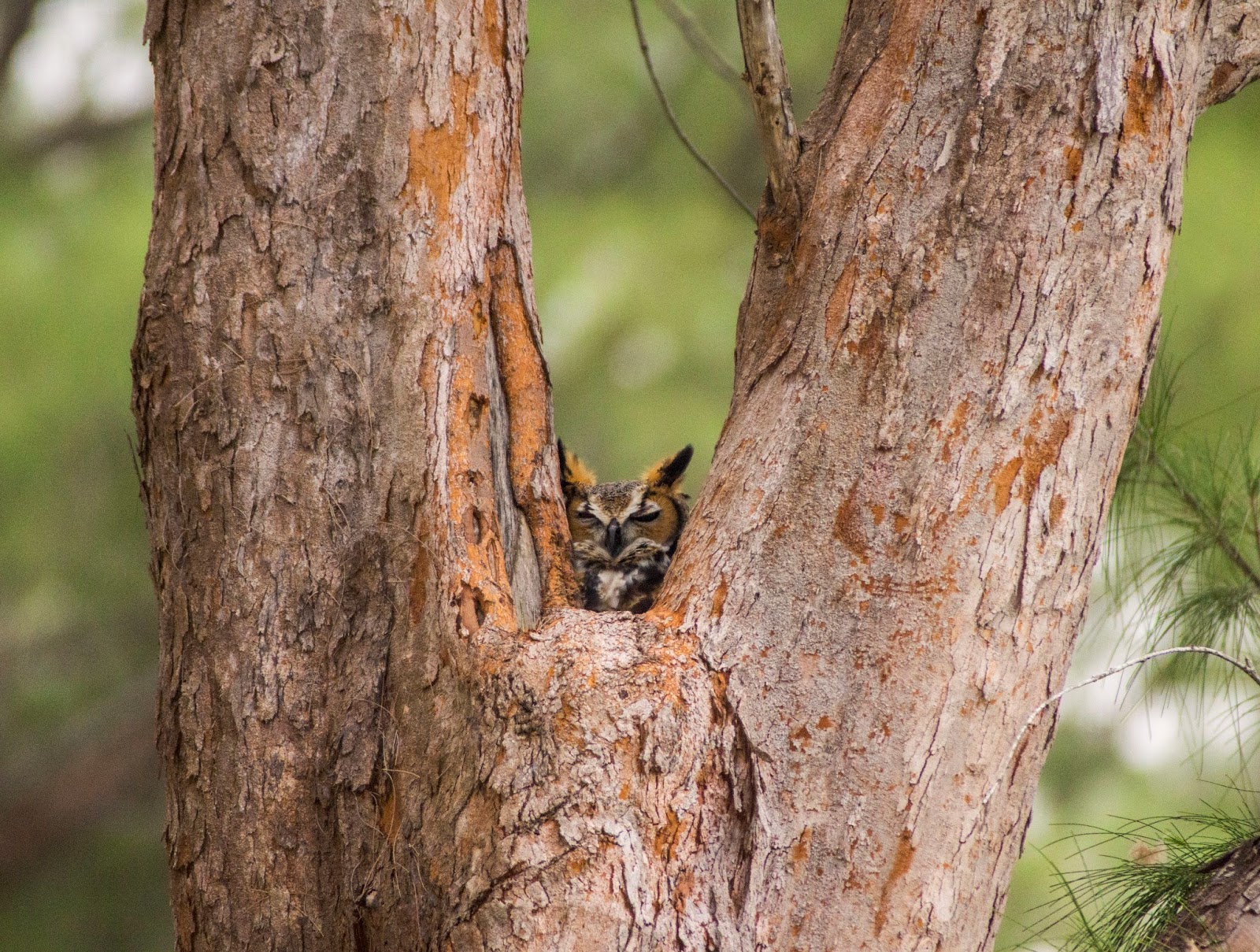 The mother great horned owl is back on her nest again this year!  This was one of the main reasons I decided to come to Fort DeSoto today, and I was pleasantly surprised.
Posted by Breanna Perry at 5:53 AM