Ended up with 94 species in Hernando County with nearly 100 checklists submitted to Ebird during the month.  Not as many species as last year: 2016 (104 species), but more than the first year 2015 (88 species).

However, there was a new, more arduous format for entering results this year, so I seem to have been the only person in Hernando County to do it.  So, I guess I won!  The last two years I came in second to Steve & Jane Mann who I know were birding out there this month too!  Guess it was a good thing I submitted though, or there would be no entries for Hernando.  Here is a collage of 81 species photographed.  Not pictured are American Crow, American Kestrel, Blue-gray Gnatcatcher, Brown Pelican, Carolina Wren, Chimney Swift, Clapper Rail, Double-crested Cormorant, European Starling, Ruby-throated Hummingbird, Muscovy Duck, Sanderling, and Semipalmated Plover. 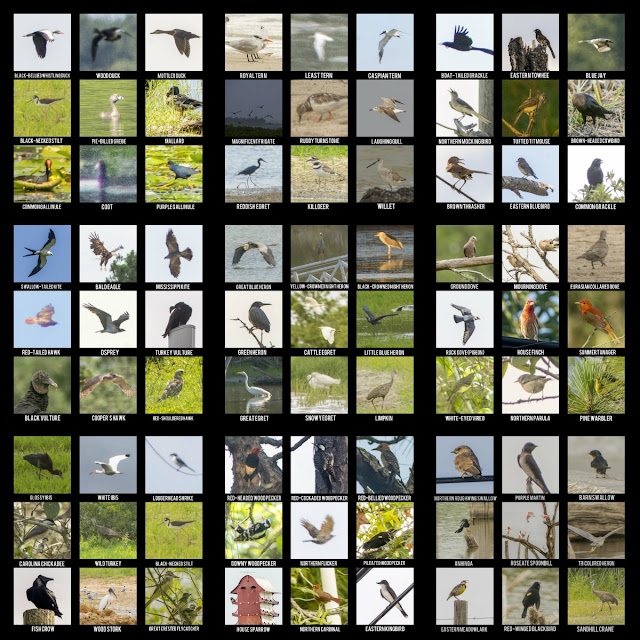 Posted by Breanna Perry at 3:39 AM