Today, I only had a half day at work, so I was able to go looking for some more birds!  First, stopped at the Courtney Campbell Beach (Clearwater side), and found some adorable Bonoparte's Gulls.  I don't think I have seen so many together before, or up close for so long.  Also, several other species of shorebirds including Wilson's plovers (along with many semipalmated plovers), Horned Grebe, Least sandpipers, and also many lesser scaup ducks out on the Bay.  Large flocks in flight pictured below are mostly dunlin (with one sanderling mixed in).  Also saw my first dolphins of the year too. 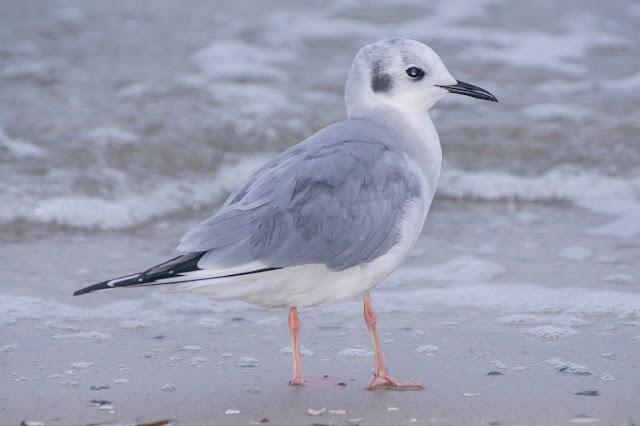 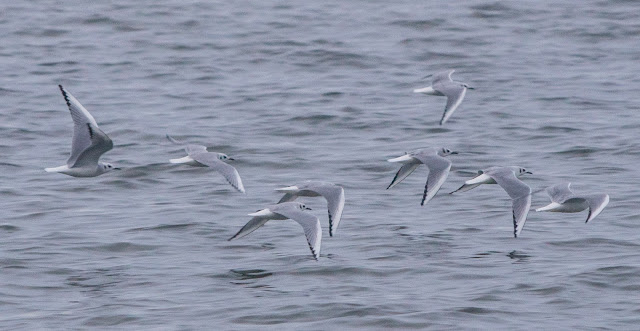 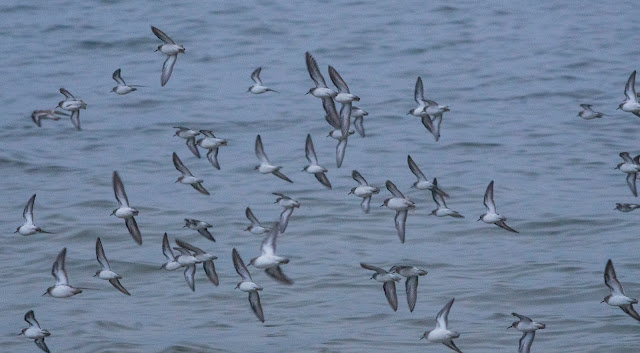 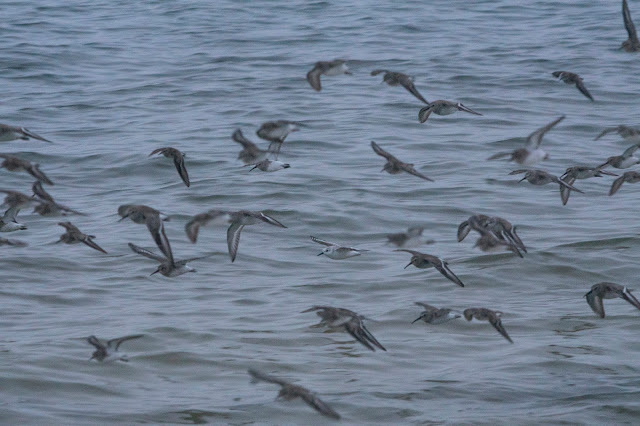