Last year I noticed that the white morph reddish egret was interested in the regular (dark morph) reddish egret.  This is the only place I have ever seen a white morph aside from Suncoast Seabird Sanctuary.  Last year I sort of guessed correctly the white one was the female, but this year I learned even more about the couple.

The male put on quite a show bringing sticks to show the white female.  She ignored him a lot, but when he decided he has collected a good stick, he flew off with it back into the mangroves, presumably to add to a nest. 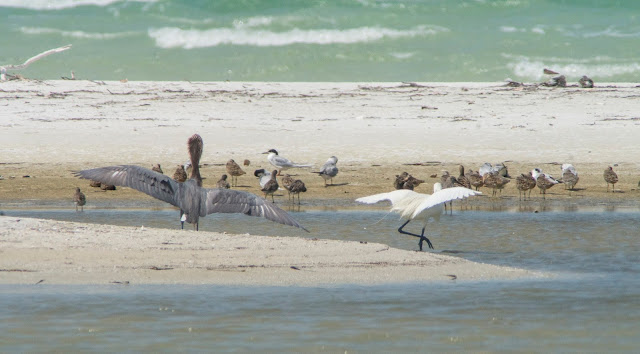 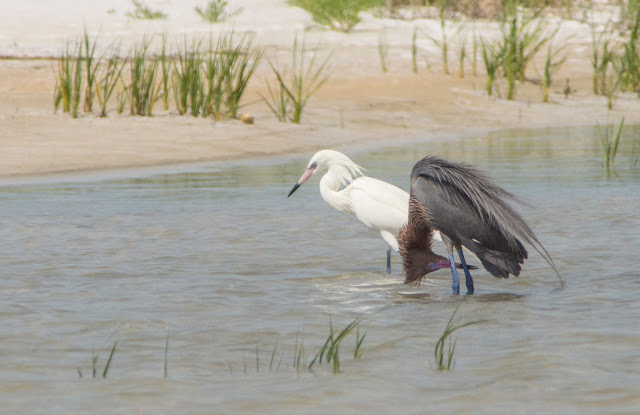 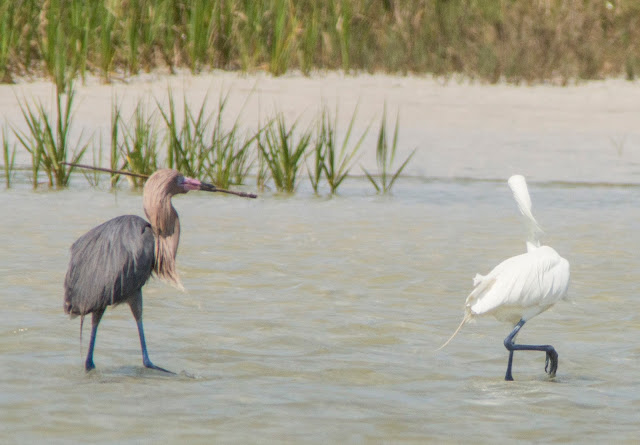 The female also put on a show herself while she was searching for fish: 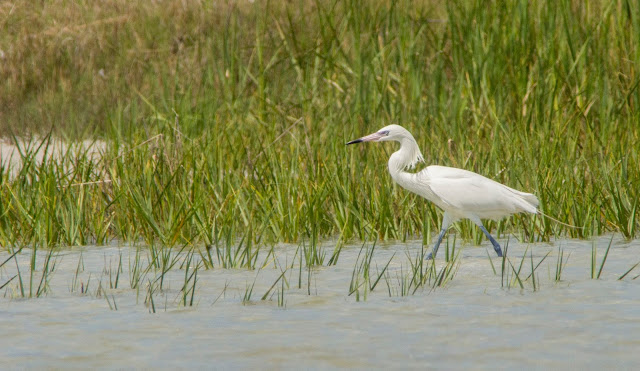 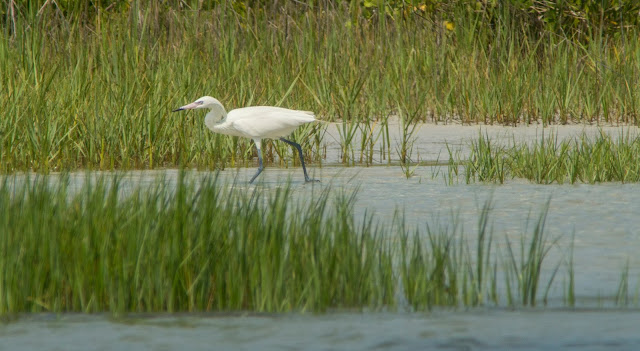 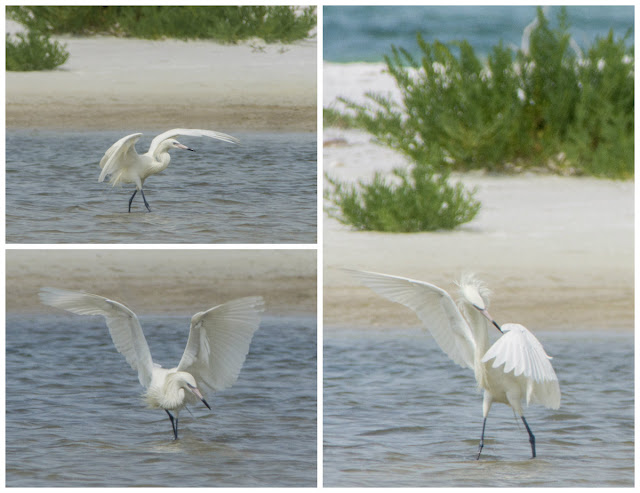 There was also a juvenile reddish egret, and a second adult further down the beach with the mix of other shore birds.  What a great day for reddish egrets! 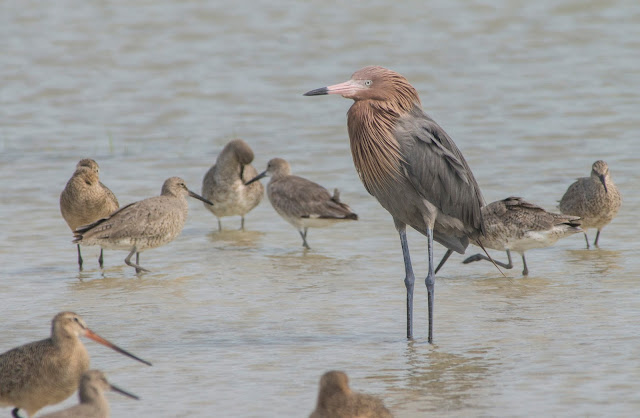 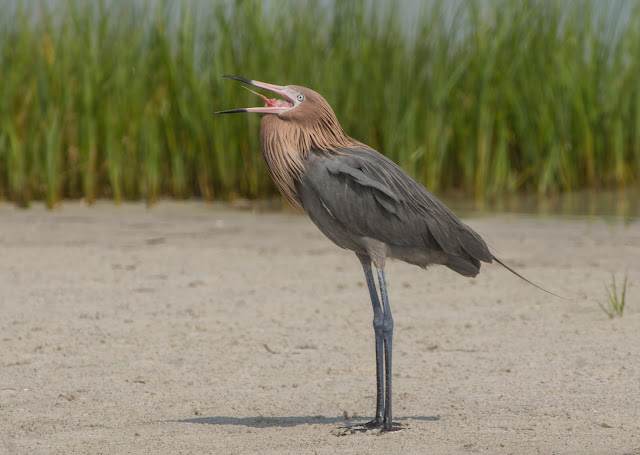 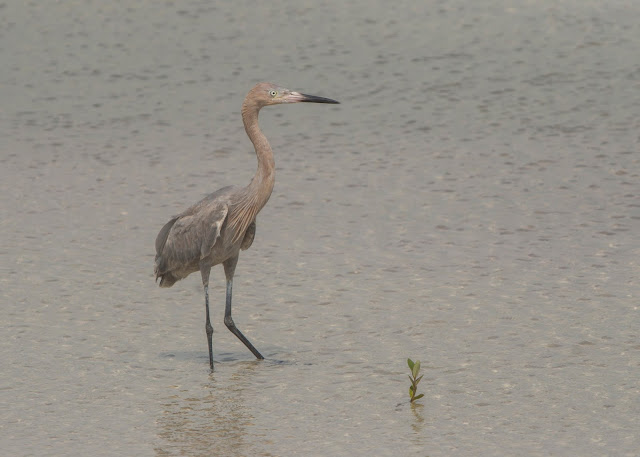 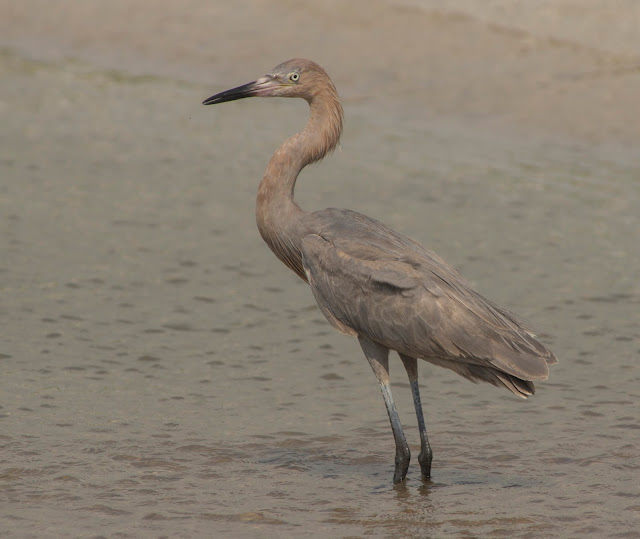 Posted by Breanna Perry at 4:05 PM