The Red-eyed vireo I saw this morning gets his own post since he was so cute!  I actually thought he was injured because of the way he was spreading his wings, rolling around to catch food, and showing no fear of humans.  He flew off when I tried to catch him luckily!  I also had never seen a red-eyed vireo up close on the ground before.  Usually, they are high up in the trees.  At first, I thought it must be a different species like a Philadelphia Vireo, but after posting images online found out that it was, in fact, a Red-eyed. 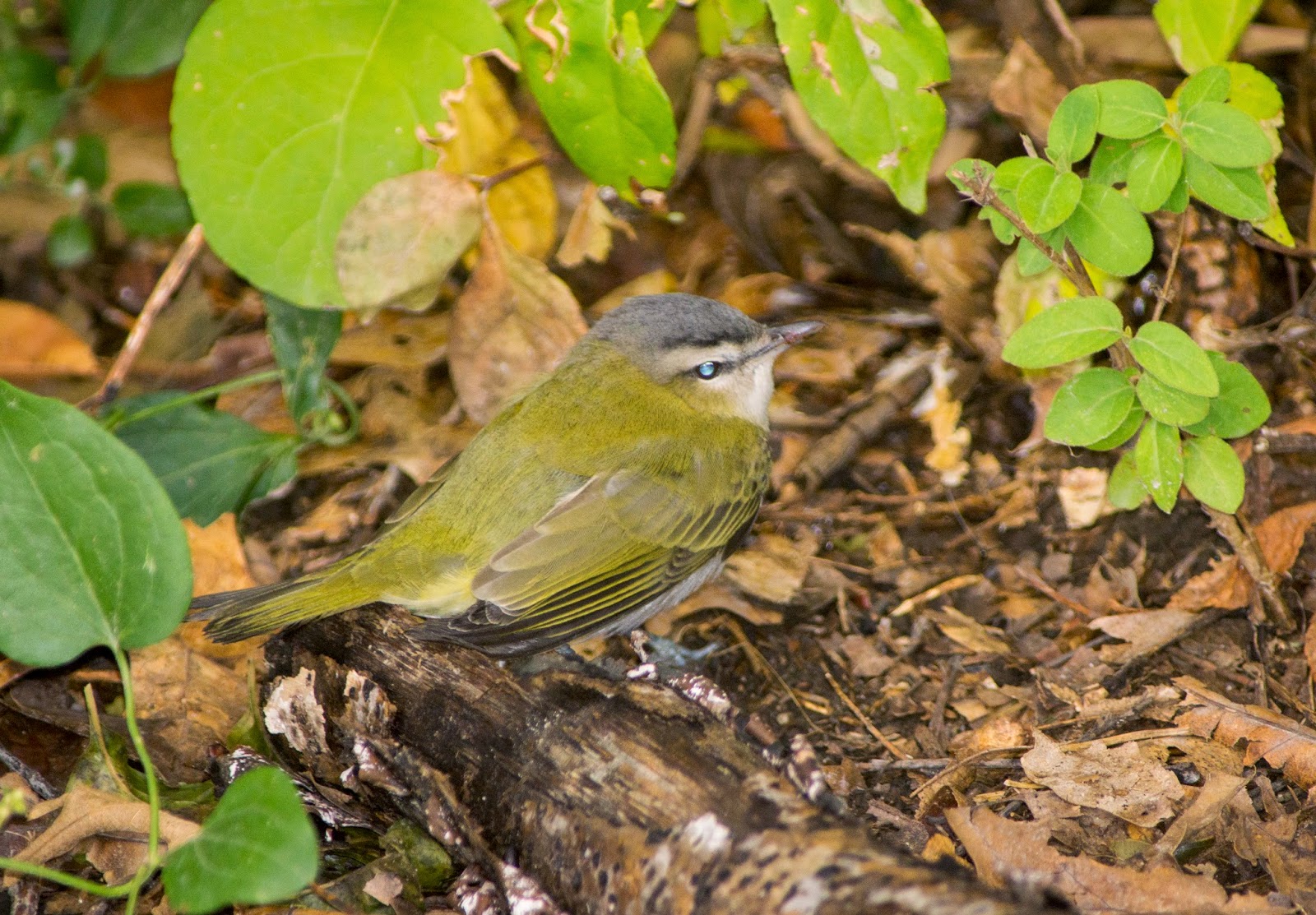 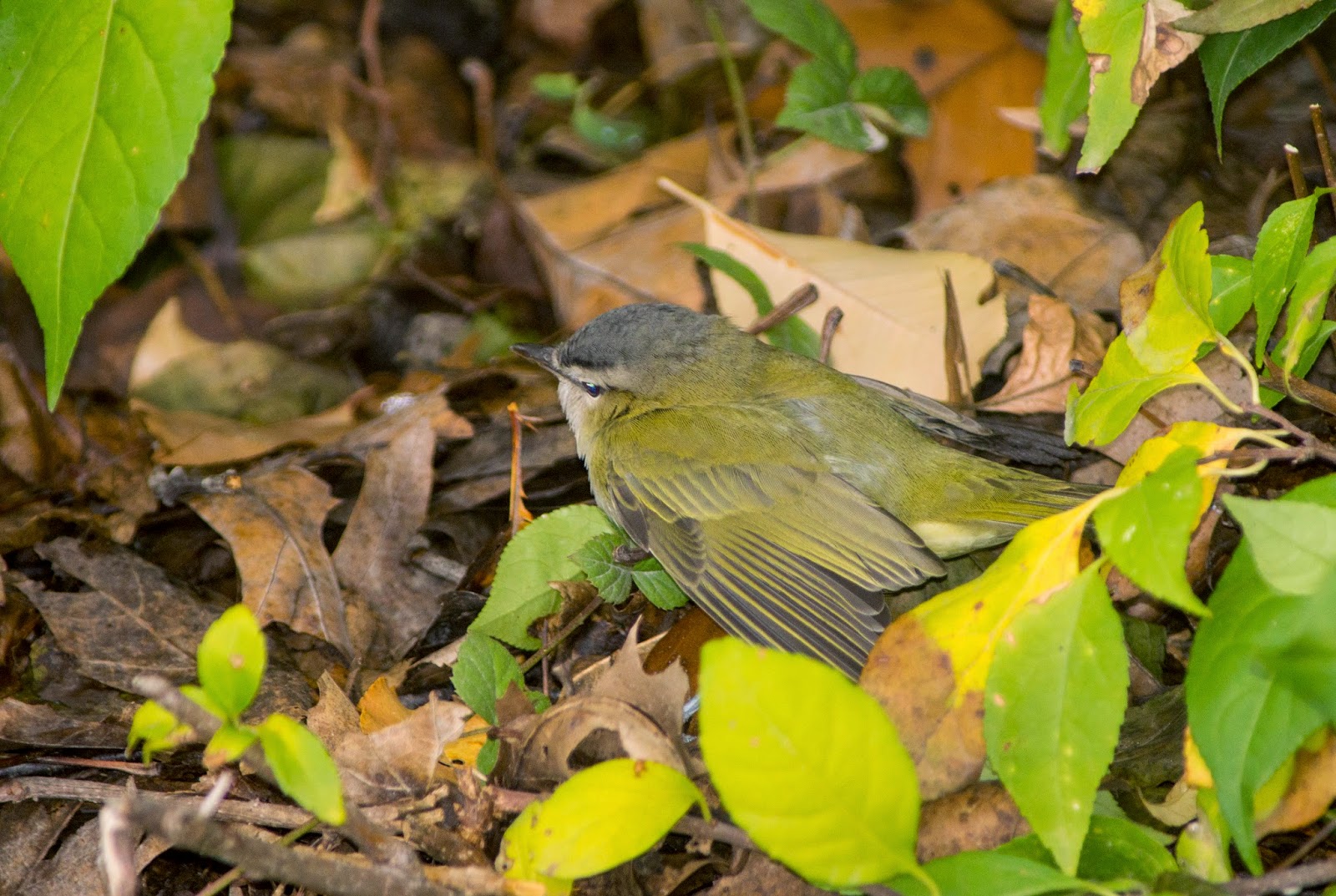 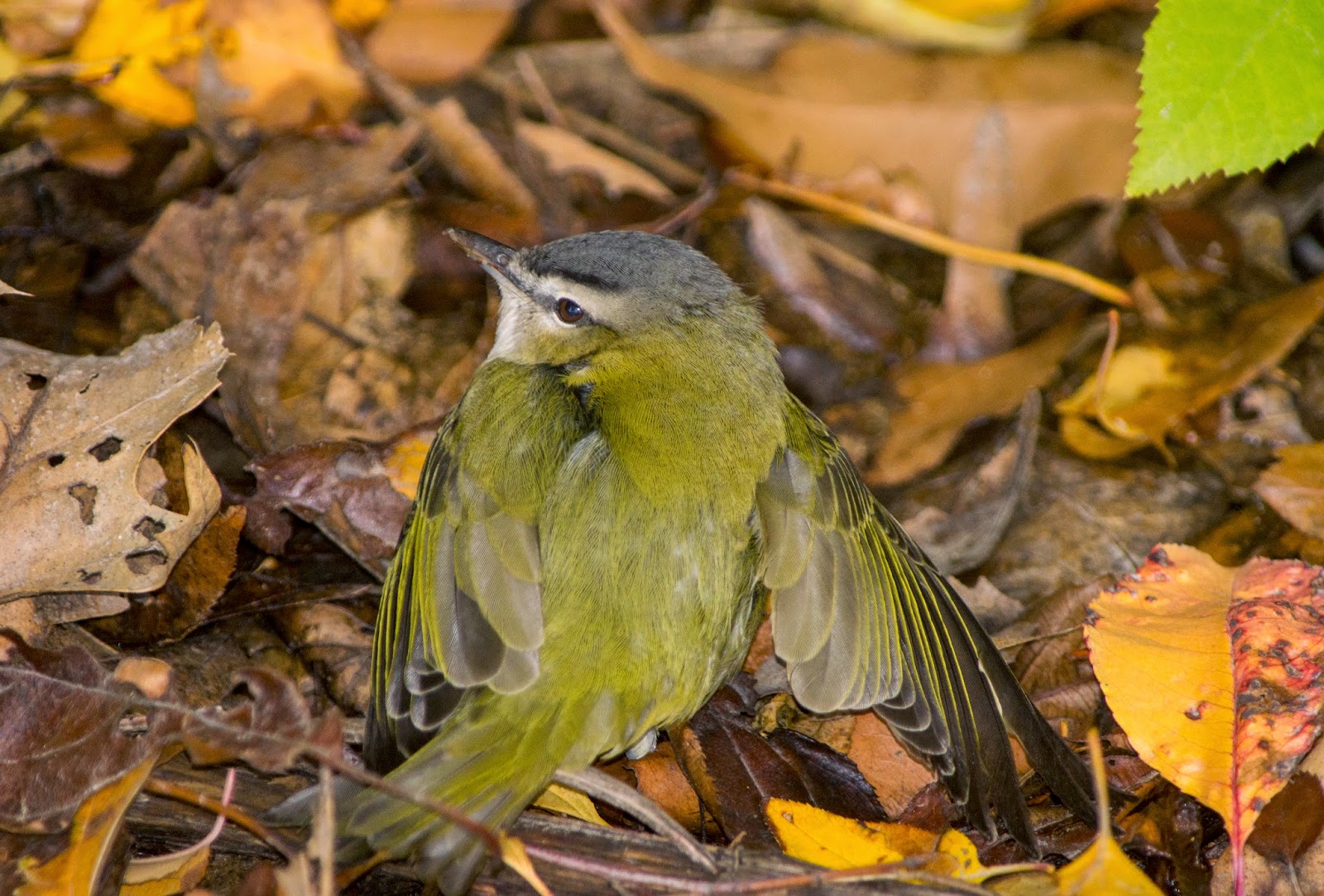 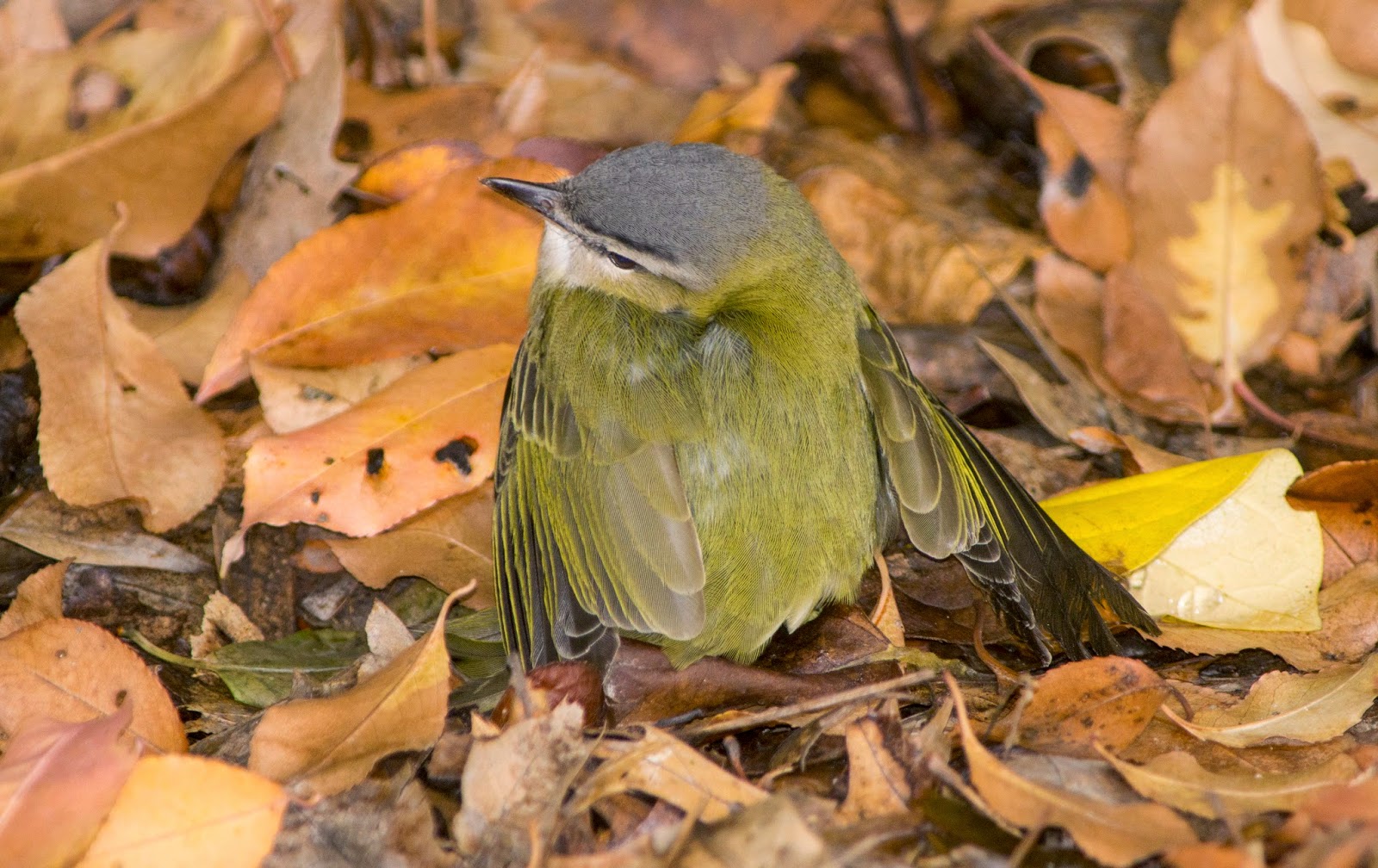 Posted by Breanna Perry at 6:09 PM